Biden’s statement pointed to a White House fact sheet titled “Act Now to Protect Against Potential Cyberattacks,” which urged companies to adopt multi-factor authentication, offline data backups, employee education and other practices. The White House had previously warned about the potential for Russian cyberattacks, but Russia did not appear to target the U.S. in its hacking efforts during the first weeks of its invasion of Ukraine. Deputy national security adviser Anne Neuberger told reporters Monday that while the administration did not anticipate a specific attack, it had sent classified briefings on Russian “preparatory” activities to some companies.

Coverage was widespread across the spectrum on Monday. Coverage in several outlets highlighted the more attention-grabbing parts of Biden’s statement, such as calling Monday a “critical moment.” 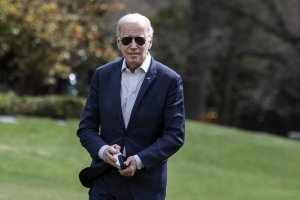 President Joe Biden on Monday warned of potential Russian cyberattacks against the U.S. — making his most prominent alert yet about what he called new intelligence concerning the Putin regime’s plans.

“I have previously warned about the potential that Russia could conduct malicious cyber activity against the United States, including as a response to the unprecedented economic costs we’ve imposed on Russia alongside our allies and partners. It’s part of Russia’s playbook,” Biden said in a statement on Monday. “Today, my Administration is reiterating those warnings based on evolving intelligence that... 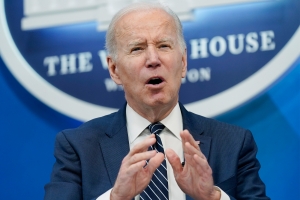 The White House warned companies to tighten their cyberdefenses Monday — citing “evolving intelligence” that Russia may be readying attacks as payback for harsh US sanctions to punish the invasion of Ukraine.

“It’s part of Russia’s playbook,” said a statement attributed to President Biden. “Today, my Administration is reiterating [cyber] warnings based on evolving intelligence that the Russian Government is exploring options for potential cyberattacks.” 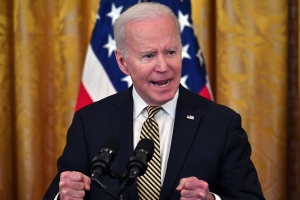 President Biden on Monday reiterated warnings that the Russian government is "exploring options for potential cyberattacks."

The big picture: The Biden administration has previously warned that the Russian government may pursue malicious cyber activity in response to U.S. economic sanctions against Russia for its unprovoked invasion of Ukraine.

Driving the news: Biden urged the private sector to "harden your cyber defenses immediately," according to a White House statement.