Two of America's most powerful people went back and forth about high gas prices over the Fourth of July weekend.

In a Saturday tweet, President Joe Biden told "companies running gas stations and setting prices" to "Bring down the price you are charging at the pump to reflect the cost you’re paying for the product. And do it now." Amazon founder Jeff Bezos, the world's second-wealthiest man behind Elon Musk, responded, saying that "Inflation is far too important a problem for the White House to keep making statements like this" and accusing the Biden administration of "straight ahead misdirection or a deep misunderstanding of basic market dynamics."

White House Press Secretary Karine Jean-Pierre responded to Bezos, saying, "Oil prices have dropped by about $15 over the past month, but prices at the pump have barely come down. That’s not 'basic market dynamics.' It’s a market that is failing the American consumer." She then criticized Bezos directly, saying, "I guess it's not surprising that you think oil and gas companies using market power to reap record profits at the expense of the American people is the way our economy is supposed to work."

Many sources across the spectrum highlighted the remarks, focusing especially on Bezos's criticism of Biden. Truthout (Lean Left bias) was one of the few sources to instead focus on how some "progressives ripped billionaire Jeff Bezos for his latest defense of corporate profiteering." Some right-rated sources highlighted criticism of Biden's tweet from the oil industry. 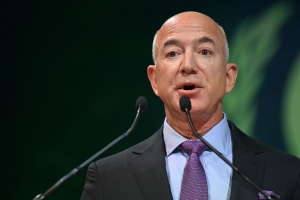 Amazon.com Inc (AMZN.O) founder Jeff Bezos renewed his spat with the White House over the weekend, as the world's third-richest person criticized President Joe Biden for calling on companies running gasoline stations to lower their prices.

In a tweet on Saturday, Biden said, "this is a time of war and global peril," and demanded the companies lower gasoline prices, which have soared to about $5 a gallon in many parts of the country.

"Bring down the price you are charging at the pump to reflect the cost you're paying for the product.... 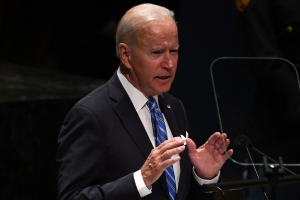 The U.S. Oil & Gas Association took a hit at President Biden after he tweeted on Saturday that "companies running gas stations" should simply "bring down the price you are charging at the pump," telling him that he should "please make sure the WH intern who posted this tweet registers for Econ 101 for the fall semester."

"Working on it Mr. President. In the meantime - have a Happy 4th and please make sure the WH intern who posted this tweet registers for Econ 101 for the fall semester...," they tweeted.

Read full story
See full media bias rating for Fox Business
From the Left
302
Economy and Jobs
White House hits back at Jeff Bezos, saying it's 'not surprising' he thinks oil and gas companies should 'reap record profits at the expense of the American people'
Insider 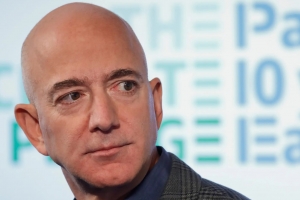 The White House criticized Jeff Bezos after the billionaire Amazon founder accused President Joe Biden of missing the mark on why gas prices are high.

Biden sent a tweet on Saturday suggesting gas sellers were taking advantage of the war in Ukraine by setting unnecessarily high gas prices.

"My message to the companies running gas stations and setting prices at the pump is simple: this is a time of war and global peril," Biden said. "Bring down the price you are charging at the pump to reflect the cost you're paying for...