The U.S. 2nd Circuit Court of Appeals ruled that President Donald Trump must turn over his tax returns, in compliance with a subpoena issued by the Manhattan District Attorney's office. The subpoena specifically requested Trump tax returns from Mazars USA, an accounting firm, dating back to 2011. Trump's personal attorney, Jay Sekulow, stated that his team plans to appeal the decision in the Supreme Court, which includes two Trump appointees.

Every president since Richard Nixon has annually released their tax returns. 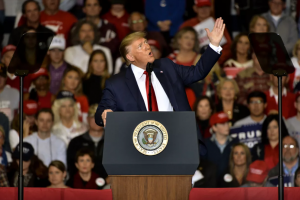 Less than two weeks ago, President Trump’s personal attorney William Consovoy stood before a panel of federal appellate judges and told them that the president is immune from criminal investigation even if Trump shoots someone in the middle of Fifth Avenue.

It didn’t take long for that panel to reject this extraordinary argument. On Monday, an unanimous panel of the United States Court of Appeals for the Second Circuit held that Trump is not immune from such investigations. The case is Trump v. Vance. 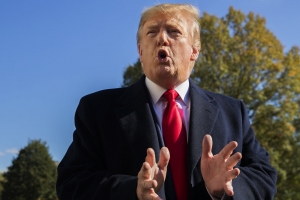 President Trump has lost another legal fight in his efforts to keep his tax returns private. The 2nd U.S. Circuit Court of Appeals ruled Monday that Trump's accounting firm must turn over his tax returns to Manhattan District Attorney Cyrus Vance Jr.

The president will appeal the ruling to the Supreme Court, said Jay Sekulow, one of Trump's outside attorneys.

"The decision of the Second Circuit will be taken to the Supreme Court. The issue raised in this case goes to the heart of our Republic. The constitutional issues are...

President Trump's attorney is vowing to go to the Supreme Court after a federal appeals court ruled Monday to allow New York City prosecutors to proceed with a subpoena for records including the president's tax returns.

Trump was attempting to block a subpoena which was issued to accounting firm Mazars USA by the Manhattan District Attorney’s Office. In a 34-page ruling handed down Monday morning, the 2nd Circuit Court of Appeals affirmed a district court's ruling that state prosecutors can subpoena the tax returns of a sitting president.

IN A UNANIMOUS decision last Thursday, the U.S. Supreme Court issued a ruling that would limit the ability of the Federal Trade Commission to seek monetary...

Attorney General Merrick Garland is expected to announce that the Justice Department is opening a sweeping investigation into policing practices in Minneapolis...

It must be hard being a police officer in America, especially after the death of George Floyd.Damn right too, some would argue, given the shocking video of his...

The pressure is mounting on Donald Trump after the New York attorney general's office confirmed that it was widening its probe into the former president's...

The New York state attorney general's office has widened its probe into the Trump Organization to include an examination of potential criminal wrongdoing,...

How some progressive cities have reformed their police

Police reforms that are under consideration or have been enacted in several progressive cities could become a blueprint for national police policy, as...

George Floyd’s Death: How Should the Jury Decide the Charges against Derek Chauvin?
OPINION

It all comes down to intent. ]On Monday morning, the prosecution and defense will sum up to the jury in the murder trial of fired Minneapolis police officer...