Accused Paul Pelosi attacker was in US illegally on overstayed visa: sources

Violence In America, Immigration, Paul Pelosi
Save for Later
From The Right 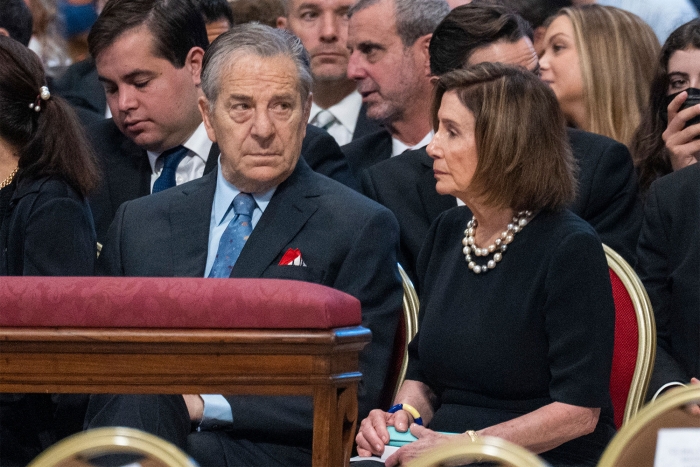 The man accused of attacking House Speaker Nancy Pelosi’s husband with a hammer was in the country illegally, ICE sources told The Post Monday.

David DePape, who was hit with federal and local charges Monday in the violent attack on 82-year-old Paul Pelosi, was in the US illegally because he overstayed his visa, according to sources.

The 42-year-old suspect was born in Canada in 1980 and was in the US as early as 2001, sources said, citing his valid Social Security number, which can only be obtained with a job.

AllSides Media Bias Rating: Lean Right
You disagree.
Thank you! Community votes alone don't determine our ratings, but are valuable feedback and can prompt us to do more research.
111310/86417