Facts And Fact Checking, Republican Party, Polarization, Joe Biden
Save for Later
From The Right 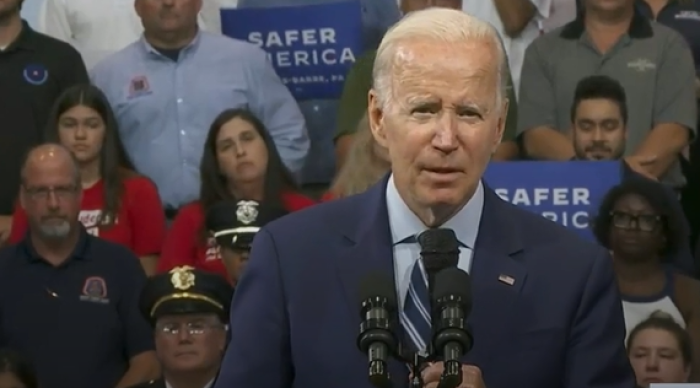 VERDICT: FALSE. There is no example of any Republican saying that, though some have warned that it may occur.

President Joe Biden told an audience in a speech on gun control and crime in Wilkes-Barre, Pennsylvania, on Tuesday:

A safer America requires all of us to uphold the rule of law. Not the rule of any one party, or any one person. Let’s be clear: you hear some of my friends on the other team...