The Left Supports the Constitution — Except When It Doesn’t

US Constitution, Left
Save for Later
From The Right 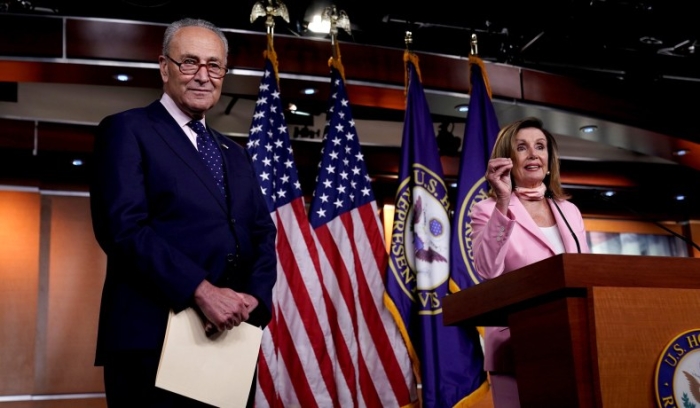 The Constitution must be defended — except when it must be jettisoned.

We’ve heard much upon the anniversary of January 6 about how Donald Trump wanted to distort the Constitution to get Vice President Mike Pence to try to throw the election to him a year ago.

And this was, indeed, a cockamamie, counter-constitutional scheme. Neither the Framers of the Constitution nor the drafters of the Twelfth Amendment, the provision in question that day, intended to invest unilateral power in one person to decide presidential elections.

Indeed, besides Pence, who refused to buckle to Trump’s...

Read full story
Some content from this outlet may be limited or behind a paywall.
US Constitution, Left

Has The Supreme Court Weakened The Separation Between Church and State?
Opinion
Is the U.S. Constitution fit for the 21st Century?
The Debate

Is it constitutional to hold an impeachment trial for a former president?
Vox

Opinion
Podcast
Is the U.S. Constitution fit for the 21st Century?
The Debate

Roe Is Reversed, and the Right Isn’t Ready
The Dispatch