Free Speech, China, Peng Shuai
Save for Later
From The Center 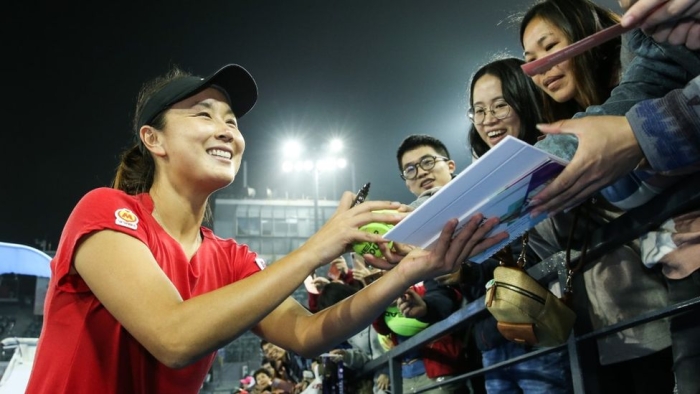 Shortly after Peng Shuai, one of China's most popular tennis players, levelled allegations of sexual assault against a former senior politician on social-media site Weibo, her personal feed was censored.

That was on 2 November. Concern over her well-being and whereabouts have persisted since then.

We've looked at the timeline of events on that day to understand the online censorship techniques used against Ms Peng.

What happened to Ms Peng's posts?

On 2 November, she published a post on Weibo alleging she had been forced into sexual relations with Zhang Gaoli, a former Chinese vice-premier.

Using the Wayback Machine internet tool - which allows you to scroll back in time online - we can see that by the end of that day there was no trace of the post.

We then looked at Ms Peng's timeline and found that six more posts had gone.

This isn't the first time a high-profile athlete has been censored.

Last year, outspoken former China international footballer Hao Haidong was also censored on the internet, along with his wife, Ye Zhaoying, a retired badminton player, after he openly called for the removal of China's ruling Communist Party.