Politics, FBI, russia investigation, Donald Trump
Save for Later
From The Right 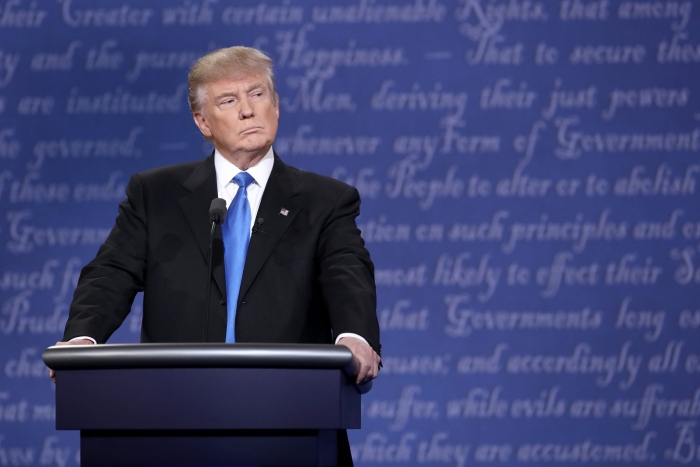 A top Clinton campaign lawyer knowingly passed false information to the FBI during the 2016 election in an effort to portray Donald Trump as colluding with Russia, federal prosecutors alleged in a bombshell indictment released on Thursday.

Michael Sussmann, a former lawyer at Perkins Coie, was charged by a federal grand jury with lying to the FBI’s top lawyer during a meeting on Sept. 19, 2016. Sussmann allegedly told James Baker, then serving as general counsel of the FBI, that he was not representing a client when he met with Baker to provide computer data purportedly showing a secret channel of communication between Trump’s real estate company and Alfa Bank, a Russian bank owned by a trio of oligarchs. In fact, Sussmann was representing the Clinton campaign, the DNC, and an unidentified tech executive. The FBI debunked the allegations in February 2017, finding no evidence that the Trump Organization was in contact with Alfa Bank.

The indictment paints a damning picture of Sussmann’s efforts to promote the story to law enforcement, members of the media, and within the ranks of the Clinton campaign. Sussmann's alleged smear campaign was successful on all fronts. The FBI opened an investigation into Alfa Bank based on Sussmann’s meeting. Multiple news outlets published stories in the run-up to the election and served as a key source in coverage. Hillary Clinton and her top foreign policy adviser, Jake Sullivan, touted those reports on social media, saying they showed evidence of collusion between the Trump campaign and Russia. Sullivan now serves as President Joe Biden’s national security adviser.