Violence in America, Polarization, Antifa
Save for Later
From The Right 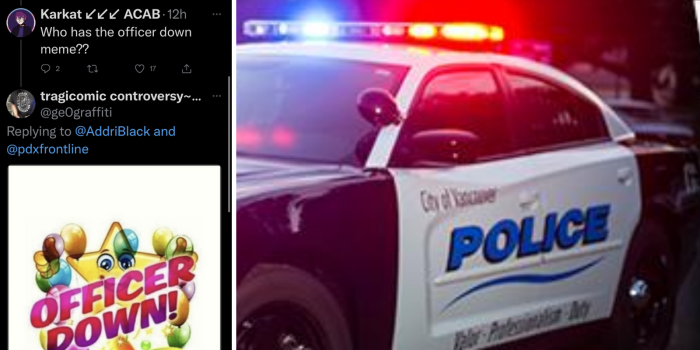 A deputy sheriff in East Vancouver Washington was killed in a shooting incident on Friday evening. Local Antifa have taken to social media to celebrate the officer's death.

Three distinct gunshots rang out in The Pointe Apartments, on NE 109th Av. and I-205 in Vancouver Washington, close to the Oregon border. The deputy, who remains anonymous at the time of this writing, was severely injured, and, later that same night, died of his wounds.

The Clark County Sheriff's Office said in the following statement:

"It is with great sadness the Clark County...

Read full story
Some content from this outlet may be limited or behind a paywall.
Violence in America, Polarization, Antifa

Murders are spiking. Police should be part of the solution.
ANALYSIS

One person was killed and 13 others were hurt in a shooting at a Kroger grocery store in Collierville, Tennessee, near Memphis, authorities said. The...

January 6 vs. September 18: How law enforcement hopes to prevent another riot

A new fence, an information-sharing alert and ramped-up airport security are just a few of the ways law enforcement is preparing to prevent another deadly...

U.S. Capitol Police Chief Tom Manger said Monday that the protective fence that was put in place around the Capitol following the Jan. 6 riot will be...

Accidental gunshot deaths by children handling a gun jumped 31% during the start of the COVID-19 pandemic compared to a year earlier, new data shows. There...