Elections, Presidential Elections, Sidney Powell
Save for Later
From The Center 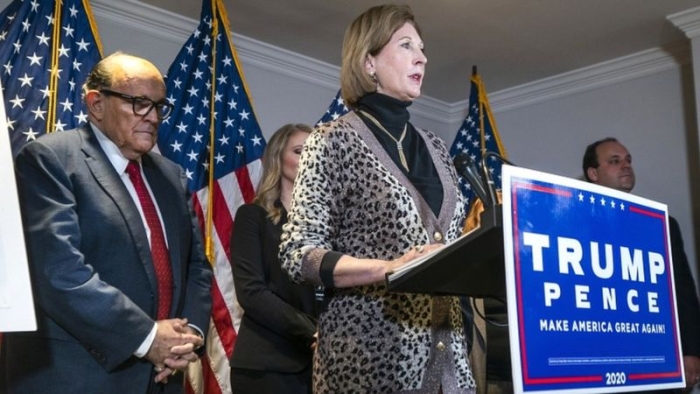 The Trump campaign has distanced itself from a lawyer who made dramatic claims of voter fraud at several media events.

Sidney Powell claimed without evidence last week that electronic voting systems had switched millions of votes to President-elect Joe Biden, and said he won due to "communist money".

Mr Biden won the US presidential election by a significant margin.

He is projected to win 306 votes in the US electoral college, which determines who becomes...