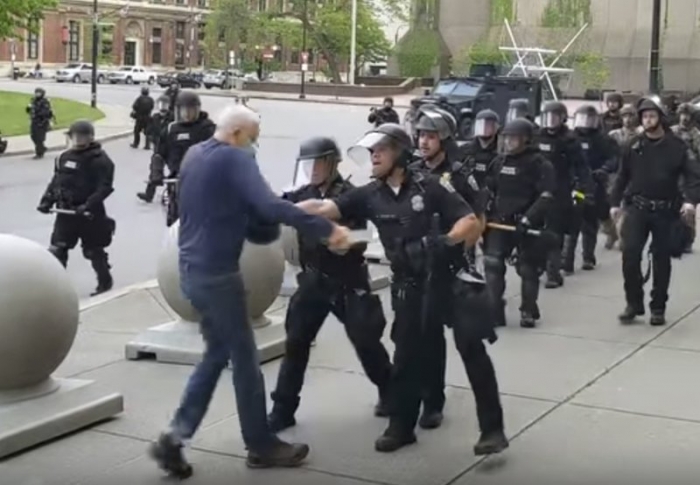 BUFFALO, N.Y. (AP) — Two Buffalo police officers were charged with assault Saturday, prosecutors said, after a video showed them shoving a 75-year-old protester in recent demonstrations over the death of George Floyd in Minnesota.

Both pleaded not guilty to second-degree assault. They were released without bail.

The officers had been suspended without pay Friday after a TV crew captured the confrontation the night before near the end of protests.

The footage shows a man identified as Martin Gugino approaching a line of helmeted officers holding batons as they clear...

AllSides Media Bias Rating: Center
You disagree.
Thank you! Community votes alone don't determine our ratings, but are valuable feedback and can prompt us to do more research.
84702/71190

NEWS
How Do Police Deaths in the Line of Duty Compare to Police Shooting Deaths of Suspects?
The Dispatch