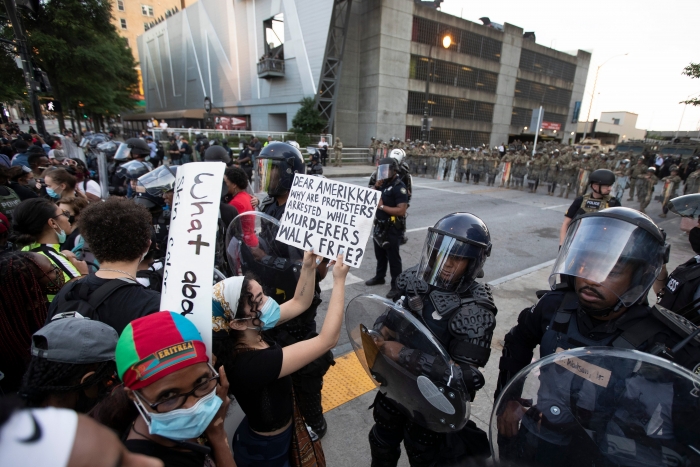 Bad actors exploit large-scale events dominating the national conversation to sow chaos and fear and deepen distrust and division, disinformation experts say. In this case, they’ve seized on America’s rawest political division – race – and the growing furor over police brutality to hijack protests across the country.

New research explores how conservative media misinformation may have intensified the severity of...
ANALYSIS

Coronavirus infections have surged in a number of states, setting the United States on a markedly different pandemic trajectory than other wealthy nations....

These Teens Were Learning to Spot Misinformation Online. Then the News Got Personal.

On the first Monday night in June, Michelle Chikaonda lay awake in her apartment in West Philadelphia listening to explosions she later learned were ATMs being...

Fake news is fooling more conservatives than liberals. Why?

“Doctors need three qualifications: to be able to lie and not get caught; to pretend to be honest; and to cause death without guilt.” So wrote Jean...

A group whose members include Adobe, Twitter and the New York Times Monday offered a plan for restoring trust in photos and video in the face of a rising tide...

When a mysterious virus began racing around the globe early this year, scientists at the University of Washington’s newly created Center for an Informed Public...

A slickly produced 26-minute video called Plandemic has exploded on social media in recent days, claiming to present a view of COVID-19 that differs from the "...

‘I’m… At A Loss For Words’: The Unraveling Narrative Behind The Atlantic’s Defund-The-Police ‘...
ANALYSIS

When social justice activist and lawyer Derecka Purnell was just 12 years old, she and her sister watched a police officer shoot a young boy in a city...

Social media networks are scrambling to get rid of a viral conspiracy video spreading false claims about the coronavirus, according to a report. The roughly...