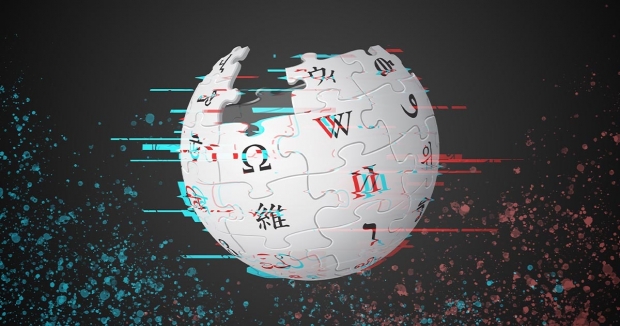 AllSides provides media bias ratings for over 800 sources and writers. Until 2021, we rated Wikipedia as Center, but changed them to Not Rated because the online encyclopedia does not fit neatly into AllSides’ media bias rating methodologies, which were developed specifically for news sites.

However, it’s worth exploring numerous studies and concerns that Wikipedia has a left-wing bias, including from Wikipedia co-founder Larry Sanger.

The sheer volume of content on Wikipedia, as well as its nature as an encyclopedia rather than a collection of journalism and breaking news headlines, makes it hard for us to assess Wikipedia as we typically do for news outlets, but we thought it useful to explain the most common claims of Wikipedia bias in this blog post. You can vote on what you think the bias of Wikipedia is here, or email us feedback.

AllSides uses Wikipedia frequently as a source on our balanced topics pages, and it is the 13th most popular website in the world, so Wikipedia’s bias is worth discussing. Sanger has accused Wikipedia of bias, and some have noted the site’s entries related to communism and socialism fail to mention the crimes and genocides committed under those regimes. Studies have found Wikipedia employs left-wing bias in its word choice, relies more on left-wing news sources for its citations, and sanctions conservative editors at a 6 times higher rate. People typically point to five studies that have found evidence of Wikipedia’s left-wing bias; AllSides hasn’t found any claims of conservative bias leveraged at Wikipedia; the encyclopedia Conservapedia was created in response to purported Wikipedia liberal bias.

Wikipedia aims to be an unbiased, neutral source. However, Sanger has said Wikipedia’s neutral point of view is “dead,” and that Wikipedia now “endorses the utterly bankrupt canard that journalists should avoid what they call ‘false balance’. The notion that we should avoid “false balance” is directly contradictory to the original neutrality policy.”

At AllSides, a Center bias rating doesn’t mean neutral, it just means a source doesn’t predictably display conservative or liberal bias. A Center source may still display bias in individual articles or omit information. Still, we moved Wikipedia to Not Rated because conducting our Editorial Reviews even for just a few Wikipedia entries would make it hard for us to provide an overall rating for something so massive.

So, is Wikipedia biased? We lay out a summary of the claims of Wikipedia’s left-wing bias below.

Five studies, including two from Harvard researchers, have found a left-wing bias at Wikipedia:

A subsequent study by the Harvard researchers and an additional researcher examined the bias of active Wikipedia editors; it found they tended to be more left-wing and more partisan than their right-wing counterparts.

One analysis used AllSides Media Bias Ratings™ to check the bias of Wikipedia sourcing. It found that "articles on American politicians tended to rely on left-wing media. Based on AllSides ratings, 33,000 sources used were left-wing with 44,000 being left-wing based on MBFC (Media Bias/Fact Check) ratings. Right-wing sources were shown to be more rarely used with such sources being cited less than 10,000 times according to either rating site. Centrist sources were used more often and closer to the number of times left-wing sources were used. Neither ratings site has rated all of the outlets cited on Wikipedia, while some ratings differ between the two sites."

Read more about all of these studies on AllSides’ page on Wikipedia bias here.

"The days of Wikipedia's robust commitment to neutrality are long gone," co-founder Larry Sanger told Fox News in Feb. 2021. "Wikipedia's ideological and religious bias is real and troubling, particularly in a resource that continues to be treated by many as an unbiased reference work."

“Wikipedia can be counted on to cover not just political figures, but political issues as well from a liberal-left point of view,” Sanger writes. “No conservative would write, in an abortion article, “When properly done, abortion is one of the safest procedures in medicine,” a claim that is questionable on its face, considering what an invasive, psychologically distressing, and sometimes lengthy procedure it can be even when done according to modern medical practices.”

Sanger cites numerous other entries that he says display bias, including President Barack Obama’s article, saying it mentions none of his administration’s scandals, but scandals on President Trump’s page are extensively documented. Sanger also says Hillary Clinton’s page is “glowing”; he says Wikipedia’s entry on drug legalization is dubbed “drug liberalization” and “has only a little information about any potential hazards of drug legalization policies; it mostly serves as a brief for legalization, followed by a catalog of drug policies worldwide”; he notes Wikipedia’s LGBT adoption article “includes several talking points in favor of LGBT adoption rights, but omits any arguments against”; he notes instances of bias in articles on Jesus Christ, stating that "Wikipedia’s claims are tendentious if not false, and represent a point of view that many if not most Christians would rightly dispute."

Sanger also addresses claims that Wikipedia is “biased in favor of science,” saying the problem is that “scientists sometimes do not agree on which theories are and are not scientific … when certain people seem unified on a certain view of a scientific controversy, then that is the view that is taken for granted as the Establishment one, and often aggressively asserted, by Wikipedia.”

He points to the articles on global warming, MMR vaccine and alternative medicine as examples, noting that they all “endorse definite positions that scientific minorities reject. Another example is how Wikipedia treats various topics in alternative medicine—often dismissively, and frequently labeled as “pseudoscience” in Wikipedia’s own voice.”

John Stossel (Lean Right bias) accused Wikipedia in April 2022 of favoring media outlets that AllSides rates as being on the left.

Wikipedia does label some right-rated outlets, such as the Daily Caller (Right bias), as unreliable. Wikipedia's Daily Caller page mentions several examples of the outlet failing fact-checks. Conversely, Wikipedia's page for the New York Times (Lean Left bias) fails to mention some high-profile examples of the paper failing fact-checks, such as when it reported without evidence that the Jan. 6, 2021 Capitol riot mob had bludgeoned a police officer to death with a fire extingusher.

Wikipedia founder Jimmy Wales responded to Stossel in an email, saying the idea "that ‘only globalist, progressive mainstream sources’ are permitted is "just 100% false."

Fox News (rated Lean Right by AllSides) ran a story last month stating that Wikipedia’s two main pages for "Socialism" and "Communism" “span a massive 28,000 words, and yet they contain no discussion of the genocides committed by socialist and communist regimes, in which tens of millions of people were murdered and starved.”

"The omission of large-scale mass murder, slave labor, and man-made famines is negligent and deeply misleading," economics professor Bryan Caplan, who has studied the history of communism, told Fox News.

Caplan said the pages focus on “flattering claims” of the regimes, noting that Wikipedia’s Socialism page says: "The Soviet era saw some of the most significant technological achievements of the 20th century” while ignoring the Holodomor, a man-made famine in which Soviet dictator Joseph Stalin commandeered the food from regions like Ukraine and Kazakhstan, leaving millions to starve to death (and even resort to cannibalism) as the Soviet Union exported grain to foreign countries.

Fox says the socialism page mentions China’s Communist history, but “only begins its description in 1976, after Mao Zedong’s reign of terror had already killed tens of millions.” The article fails to mention Mao’s communist programs such as his "Great Leap Forward,” in which private farming was abolished, leading to mass famine that killed tens of millions. Nor does it mention Mao’s Cultural Revolution, in which millions of young people formed the paramilitary Red Guards, which according to New World Encyclopedia “begun vandalizing bookstores, libraries, churches, temples, and monuments; and breaking into private homes to destroy old books, Western-style clothing, paintings, and art objects. Red Guards attacked intellectuals, professionals, and anyone who had contact with the West, or represented traditional Chinese culture or religion. Hundreds of thousands were beaten, tortured, or sent to hard labor camps.”

Wikipedia says that it does not present certain minority views or claims in order to “avoid a false balance.” This new policy has been criticized by Sanger, who says it means Wikipedia is no longer neutral. Wikipedia states that it seeks to avoid legitimizing certain information and will omit it. In this way, Wikipedia adheres to an elite bias or perhaps a majority-belief bias.

While it is important to account for all significant viewpoints on any topic, Wikipedia policy does not state or imply that every minority view or extraordinary claim needs to be presented along with commonly accepted mainstream scholarship as if they were of equal validity. There are many such beliefs in the world, some popular and some little-known: claims that the Earth is flat, that the Knights Templar possessed the Holy Grail, that the Apollo moon landings were a hoax, and similar ones. Conspiracy theories, pseudoscience, speculative history, or plausible but currently unaccepted theories should not be legitimized through comparison to accepted academic scholarship. We do not take a stand on these issues as encyclopedia writers, for or against; we merely omit this information where including it would unduly legitimize it, and otherwise include and describe these ideas in their proper context with respect to established scholarship and the beliefs of the wider world.

Some Say Wikipedia’s Policies May Be Justified

While we could not find a response from Wikipedia themselves about claims of bias (email us if we missed it), a left-leaning member of the AllSides team points out that some likely believe Wikipedia’s content policies as justified, pointing to a 2020 study from researchers at Indiana University of Pennsylvania and University of Illinois at Chicago that “argue[s] that Wikipedia has become and remains one of the few places on the internet dedicated to combating fake news” and states that “analysis and review of Wikipedia’s community policies and the procedures resulting from these policies demonstrate the encyclopedia’s unique capacity to protect against problematic information.”

Tell Us What You Think About Wikipedia’s Bias

Determining the bias of an entire encyclopedia is tricky for us at AllSides, as we are better equipped to determine the bias of news outlets. Yet because Wikipedia is such an important source that is increasingly seen as authoritative, we want to know what you think. Have we missed any arguments that Wikipedia has a right bias, or any pushback to the claims or studies presented above? You can vote on what you think the bias of Wikipedia is here, or email us feedback.

ACROSS THE DIVIDE: Perspectives on President Biden’s Student Loan Forgiveness