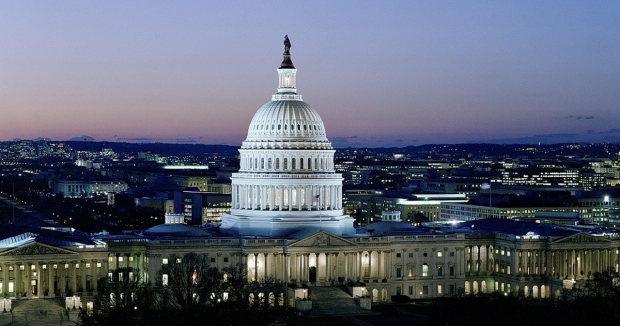 Has anybody seen our Congress?

In a time of worldwide pandemic, deep recession and heightened racial tensions, the first branch of government just left town. Again. To be fair, the two-week Fourth of July recess is a regularly scheduled part of the legislative calendar that allows members to spend time in their home states and districts. And to be honest, it’s not as if having them in Washington was leading to progress on most of the unresolved issues still on their plate. So, the practical impact of going home is minimal.

Yet it does raise the question of why the House and Senate have been moving so slowly in the face of a series of existential emergencies that the nation now confronts. Across the country, state and local officials have been scrambling to deal with health, economic and public safety crises. But Congress, after setting aside partisan differences to pass a series of coronavirus relief measures earlier this spring, has been frozen in place for weeks as a key funding deadline looms at the end of July. While the American people have been heatedly debating the need for police reform, Congress appears to have surrendered to gridlock and simply walked away from the issue for the foreseeable future.

President Trump has barely engaged in either discussion. But there is also plenty of blame to go around on Capitol Hill. It’s been almost two months since Nancy Pelosi released a $3 trillion aid package that Republicans have largely ignored. GOP leaders have indicated that the key to their support will be a series of legal safeguards for businesses, schools and hospitals to protect them against lawsuits from those who contract the virus. Of course, Democrats have rejected these proposals out of hand and no serious discussions have taken place for several weeks.

Republicans are counting on the pressures of a July 31 deadline before enhanced unemployment benefits expire to coerce Democrats to negotiate. But two months of decreased unemployment data – even given the fact those numbers may be dated given the recent resurgence in coronavirus cases and hospitalizations – could lessen the pressure for legislative action. Even the best-case scenario relies on an unnecessary level of brinkmanship, especially given the widespread economic uncertainty and fear that is driving more and more Americans to ignore social distancing guidelines to return to work.

While Congress set aside their tendency for procrastination this spring to pass a series of relief packages, they are now much less incentivized to do so. Just as beachcombers and barhoppers across the country have decided they can return to their normal habits even in the face of an ongoing health threat, members of Congress have similarly decided that enough time has now passed to return to business as usual.

This cavalier attitude is equally evidenced in the shelved discussion over police reform. In the immediate aftermath of George Floyd’s tragic and brutal death, congressional leaders of both parties pledged immediate action. But immediacy is in the eye of the beholder, and it now appears that any serious legislative effort will likely wait until after the election.

On this issue, it was the Republicans who moved first. Senator Tim Scott (R-SC) proposed a bill package that was immediately rejected by Democrats as insufficient. Just as the GOP had rejected Pelosi’s coronavirus measures back in May, Democrats were equally dismissive of Scott’s legislation for incentivizing the end of poor police conduct rather than mandating it outright. In both cases, the opposition party’s resistance was based in legitimate policy disagreement. But rather than negotiating and compromising, both parties have chosen a course of absolutism and paralysis.

Voter hostility toward politics and politicians has grown steadily for most of the 21st century. Such an appalling lack of responsiveness from our elected representatives in the face of crisis provides additional but superfluous evidence as to why American attitudes toward elected leaders have evolved from frustration and anger to despondency and fatalism. If the nation’s political leaders will not act in the face of such urgencies, it’s unsurprising that so many of our youngest citizens have decided that a protest march is a more productive use of their time than casting a ballot.

US Congress, Polarization, Role Of Government