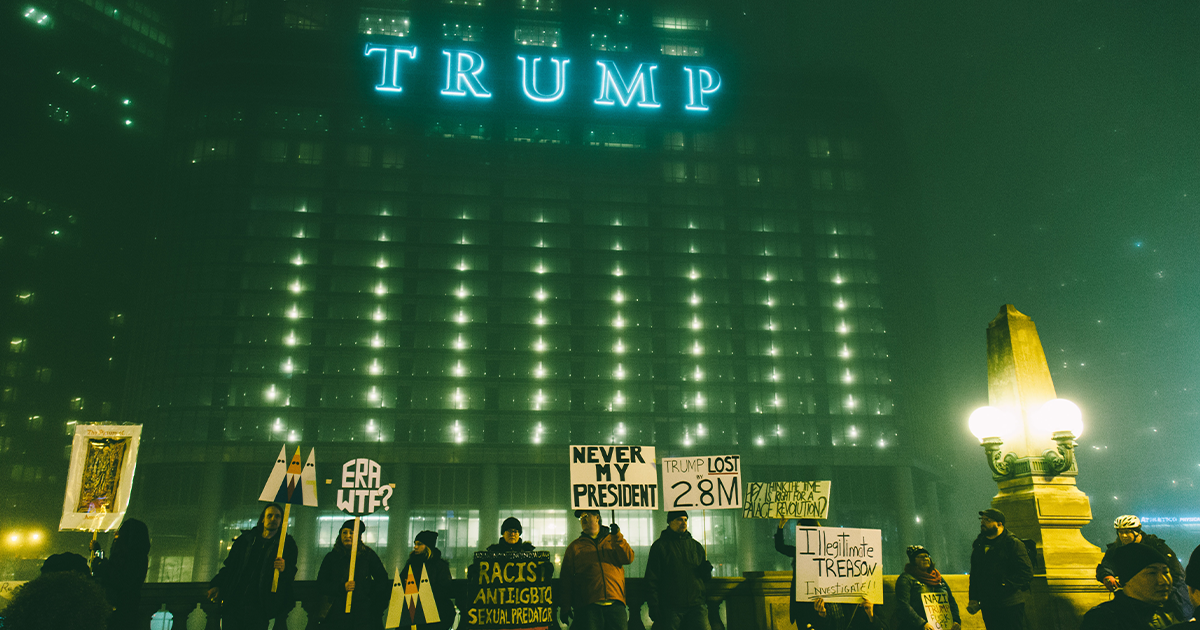 Is President Donald Trump getting nervous?

There are four and a half months until the election, which is more than enough time for the presidential campaign to turn upside down any number of times. But whether through Twitter, interviews or speeches, Trump has always tended to broadcast his internal thought process out loud to the largest possible audience. And in a conversation with Politico last week, the president may have telegraphed his concern about the potential for his defeat in November.

In a discussion about his concerns regarding mail-in voting, Trump pointed to the aggressive legal fight that state and national Republican party organizations would be waging to discourage or prohibit the practice. Trump has talked regularly in the past about what he believes is an increased potential for voter fraud, but has never indicated concern that widespread mail voting could endanger his re-election.

“My biggest risk is that we don’t win lawsuits,” Trump said. “We have many lawsuits going all over. And if we don’t win those lawsuits, I think — I think it puts the election at risk.”

The interview took place two days before his campaign rally in Tulsa, Oklahoma fizzled, with a much smaller audience on hand than he and his advisors had predicted. But it occurred at approximately the same time that his campaign team called for expanding the number of presidential debates scheduled for the fall. For decades, the bipartisan Commission on Presidential Debates has set a schedule of three face-to-face encounters in the fall between the two parties’ nominees. Months ago, Trump himself cast doubt on whether any debates at all between him and former Vice President Joe Biden would be necessary. But at a time when both the nation’s economy and his own poll numbers have dropped precipitously, Trump’s team has decided that more debates rather than fewer would be a good idea after all.

But what’s wrong with more debates? Who would object to giving the American people more opportunities rather than less to watch the two men who could be sworn into office next January discuss their goals for the nation’s future? No one should, which is why the Biden campaign’s quick rejection of Trump’s proposal may have been a tactical error on their part.

But the Trump campaign’s newfound eagerness belies an age-old political strategy: campaigns that are ahead in the polls tend to avoid debates whenever possible while those running behind almost always call for more. (An offshoot of that approach is sending a volunteer in a chicken costume to the frontrunner’s public events to suggest that the opponent is afraid to stand toe-to-toe with the underdog. Unless the polls change soon, it’s only a matter of time before giant poultry begin to populate the audiences at Biden’s speeches.)

Even more ominous for Trump was the sight of all those empty seats in Tulsa. The president has always leaned heavily on the enthusiasm of his most loyal supporters, to the exclusion of any serious outreach to swing voters. While concerns about exposure to the COVID-19 coronavirus may have kept many people away, the underwhelming turnout does raise questions about whether Trump’s base will maintain their motivation for him in the face of recession, pandemic, and a highly-charged debate over race.

Trump has been counted out many times before, of course, and the outcome of the 2016 election alone should provide a strong cautionary note to anyone tempted to predict a November outcome in June. But Trump himself has always been unflagging in his self-confidence, and these public signs of apprehension are worth noting. Mail-in voting has often been a great asset to Republican candidates, who tend to rely on older and more consistent voters for their support. But when Trump warns about “my greatest risk”, it sounds like a potential excuse he has prepared in case he needs it later this year.

Want to talk about this topic more? Join Dan for his weekly webinar “Politics In The Time of Coronavirus” on Thursday mornings at 11 AM PST. You can register for it here: https://www.lawac.org/EventDetail/eventid/30736. Or read more of Dan’s writing at: www.danschnurpolitics.com.