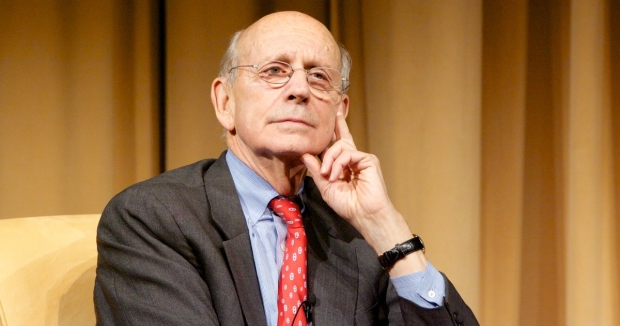 Justice Stephen Breyer’s retirement from the Supreme Court will not change the Court’s ideological balance one iota.

Before Breyer’s announcement last week, the Court was split 5-3-1, with Chief Justice John Roberts struggling to hold down his lonely place on the center-right. There were five solidly conservative votes (although Roberts can occasionally bring Amy Coney Barrett or Brett Kavanaugh along with him), and the same split will remain when Breyer’s replacement is sworn in later this year. But President Joe Biden’s selection of a successor to the 83-year-old liberal jurist could still have a significant impact on the political landscape in this critical election year – and give us some insight into Biden himself.

At a time when the president has had difficulty motivating the Democratic party base in recent months, the opportunity to appoint the first Black female Supreme Court justice in American history – as he promised during his 2020 campaign – will be an effective way of accomplishing that goal. Many of the issues on which he has come up short this past year, such as voting reform, criminal justice and his own Build Back Better social spending and climate change legislation, divide the party’s progressives from its centrists. Judicial nominations, on the other hand, are a powerful unifying force, and will now be to an even greater degree in the wake of Donald Trump’s three nominations to the nation’s highest court. This is an ideal way for Biden to change the subject and to remind disillusioned Democrats why they were so energized in 2020.

Black women are the most loyal voters in the Democratic party, and watching one of their own ascend to the Supreme Court for the first time will have an especially profound motivating effect, but many other women, young people, Black men, and voters from other underrepresented communities will be galvanized too, a critical component to potential victory in what is usually a lower-turnout midterm election. Biden also gets to change the subject from his recent string of legislative defeats and gives him the chance to project power and authority in a way that are less likely to be available to him in his efforts against Covid, inflation and Russia in the months ahead.

Historical trends and flagging poll numbers still make Biden’s Democrats serious underdogs in their fight to maintain control of Congress this November. But a high-profile Court nomination, especially at the same time that the justices are likely to either eliminate or dramatically restrict Roe vs Wade, creates a modicum of opportunity for keeping their majority when almost none existed previously. If Biden still has friendly congressional majorities next January, he’ll have the Supreme Court to thank.

But Biden’s selection will also give us some insight into how he sees himself just over a year into his presidency. He ran as a centrist establishment figure, even defining himself as a “transitional” leader. That elder statesman gave way to an ambitious FDR/LBJ wannabe after the election, whose agenda for sweeping change seems to have run aground. More recently, a partisan fighter has emerged, who used a recent speech on voting reform to compare his opponents to Jefferson Davis and George Wallace.

We’ll get a strong sense of Biden’s next iteration when he announces his nominee. The early frontrunner appears to be DC Circuit Court Judge Ketanji Brown Jackson, a respected jurist known for her sharp edges and sometimes combative rhetoric. Her selection would suggest that Biden will continue in his current fiery partisan mode. California Supreme Court Justice Leondra Kruger is no less liberal than Jackson, but has developed a reputation as a bridge-builder and conciliator during her time on the bench. If Biden picks Kruger, we may see the return of the centrist Biden who ran in 2020. And while South Carolina US District Court Judge Michelle Childs is also eminently qualified, her candidacy is being pushed hard by longtime Biden ally Jim Clyburn, (D-SC), whose endorsement during the 2020 primary campaign may have rescued Biden’s candidacy from an early demise. If Biden opts for Childs, he’ll be displaying the pragmatic deal-maker aspect of his political persona.

Biden is all of these things – an establishment figure, a progressive crusader and a back-room wheeler-and-dealer – and will continue to be all three for the remainder of his presidency. But when he announces his Supreme Court nominee, we’ll know which Joe Biden is now in charge.