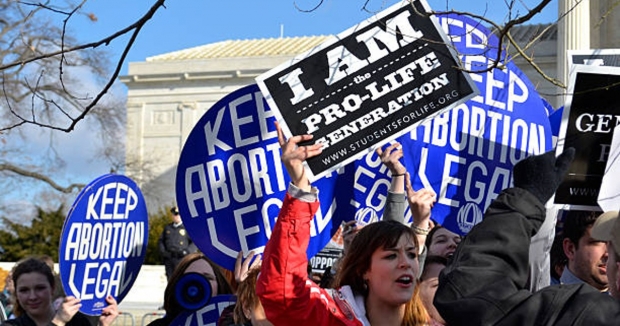 After an extraordinarily dramatic and divisive week in which a leak from inside the Supreme Court has caused the nation’s two political parties to prepare for scorched-earth warfare on the emotionally wrenching issue of abortion rights, it might be helpful to do a quick reality check.

According to a CNN poll released last Friday, several days after Justice Alito’s draft opinion had become public, more than half of respondents said they had heard little or nothing about it.

Those numbers will almost certainly shrink over the next several months if the Court does act in such a dramatic fashion, and after millions of dollars of campaign ads air throughout the fall midterm campaign. But that lack of initial awareness should remind us that while there are advocates on both sides of this debate with extremely strong emotions and equally loud voices, most Americans occupy a space in between these two extremes, wanting neither to completely ban abortion with no exceptions nor to make the process available on demand under all circumstances with no restrictions.

It has been clear in the days since the leak that the Democrats see a considerable advantage on the issue. While polls have shown that American voters have been almost evenly divided for decades when asked to define themselves as pro-choice or pro-life, they also believe that Roe v Wade should be kept intact by a 2-1 margin. So it’s not surprising that Senate Majority Leader Chuck Schumer has been so adamant about bringing a bill to the floor this week that would establish national protections for legal abortion through legislation.

Although the House will pass the same bill on a near-party line vote, the Senate’s filibuster rules requiring 60 votes to pass legislation mean that there is no possible way such legislation could make it to President Biden’s desk. When Schumer introduced a similar bill last year, he was not even able to get a majority to vote for it, as both pro-life Democrat Joe Manchin and pro-choice Republicans Susan Collins and Lisa Murkowski opposed it.

It’s easy to assume that Collins and Murkowski voted against the bill out of party loyalty, but in fact, they had voiced concerns that Schumer’s legislation did not just codify Roe v Wade but rather expanded it. They asked for a narrower pro-choice bill to be voted on instead and were rebuffed. So both voted no.

Now the stakes are even higher, and the same dynamic is repeating itself. Schumer is again moving forward with a more ambitious bill. Collins and Murkowski have again proposed a less sweeping pro-choice alternative. Barring an immense surprise, Schumer’s legislation will again fail to receive a majority. And with that failure, the last possible legislative protection for abortion rights will fall short.

Schumer and his allies correctly argue that their bill is more expansive than the version Collins and Murkowski have proposed. The most significant disagreement is that the Democratic proposal does not have the so-called “conscience protections” for anti-abortion health care providers included in the GOP bill. But several other restrictions have been imposed in conservative states that are forbidden in Schumer’s legislation. And Schumer has made his position clear: “We are not looking to compromise something as vital as this.”

But the alternative to a compromise is no bill — and no national protections — at all. Most pro-choice advocates would prefer more ambitious legislation without any exceptions. But since that is not possible, it’s not clear why Democrats would not want a bill that preserves the current version of Roe if their ideal alternative is not available.

Even if Schumer were willing to agree to a middle-ground solution, the filibuster obstacle still looms. But while Collins, Murkowski and Democratic Senator Kyrsten Sinema have all opposed a filibuster suspension in the past, that debate has taken place largely on more abstract grounds. But if that theoretical argument became more tangible in the context of a battle over abortion rights, it’s plausible that two of the three might reconsider.

Although the odds would still be against the filibuster being removed, a majority vote for a pro-choice bill would mark a major step forward and an even more powerful message than a slightly stronger bill that was defeated. But in an election year, having the issue on the campaign trail might be more important for an imperiled Democratic majority than passing the law.