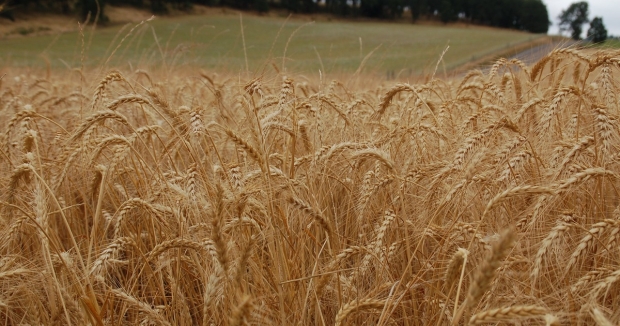 While Russia’s invasion of Ukraine has brought energy security to the forefront of our public policy debate, the war’s impact on food security is similarly concerning – though it receives much less coverage. The war in Ukraine risks creating global food shortages, inflating prices even higher, and putting farmers at a severe disadvantage in combating climate change.

As the world’s top exporter of food, America needs to be at the forefront of innovative agricultural practices, in order to limit the impacts of geopolitical dynamics and help stabilize other countries.

Why the Russia-Ukraine Conflict is Fueling Food Insecurity

Grain and fertilizer are at the center of the issue. Russia and Ukraine, known as the “breadbasket of Europe,” combine for about a third of the world’s wheat and barley exports. Due to the war, most countries have stopped trading with Russia, while Ukraine has understandably banned the export of these grains (as well as sugar, salt, and cattle) out of the necessity to feed its own population during wartime.

The invasion caused wheat prices to immediately spike up to highs not seen since the 2008 financial crisis, and analysts forecast these high prices sticking around for a while. America will be able to ride the wave due to its strong wheat production capacity, but low-income countries will face the steepest consequences as they are heavily dependent on wheat imports. Lebanon, for example, ran out of wheat last week.

Russia is also the largest global exporter of fertilizer, and its de facto exit from the market has already driven fertilizer costs up. Fertilizer is a crucial part of modern agriculture, so price hikes will ultimately fall on the consumer through higher grocery bills. For countries that are heavily dependent on Russia for fertilizer, like Germany and Brazil, dramatic reductions in crop yields are expected throughout the next few years. Those are the two largest countries in Europe and South America, respectively, so the ripple effects will surely be devastating. That is where America needs to come in.

Similar to how America’s natural gas industry has been summoned to help Europe ween off Russian gas, our agricultural industry can help the world stabilize from the market disruptions in grain and fertilizers. Like the energy policy, the strategy should involve both short and long-term plans.

How Should the U.S. Work to Fix the Food Crisis Brought On by Russia's Invasion?

In the short term, the U.S. should focus on incentivizing farmers to produce more wheat for export.

The high market prices should provide some incentive, but other considerations like tax credits should be considered. American wheat production has been on a long-term slide in recent years due to rising international competition, changing dietary preferences, and changes in farm legislation. As a result, Russia only surpassed us as the world’s largest wheat exporter in the past decade. It shouldn’t be that hard to increase our production capacity as long as the farmers are given direction. If we can help ease the price shocks of war, we will be especially helpful to the low-income countries that rely heavily on wheat imports. If not, widespread famine could be the consequence.

In the long term, we should look to innovation that makes farming more sustainable, efficient, and independent of geopolitical disruptions.

According to the U.S. Environmental Protection Agency, agriculture accounts for about 10% of the country’s emissions. On the flip side, the agricultural sector has suffered some of the worst consequences of climate change. For example, last years’ droughts contributed to historic lows in wheat production.

With the effects of climate change expected to ramp up in the next few years, farmers are naturally motivated to help mitigate it. But most small-scale farmers have enough on their plates to just keep their operations up and running, so policy must be constructed to promote emissions reductions in the industry. Moreover, policies such as the Growing Climate Solutions Act can not only help pay farmers for emissions-reducing activities through a carbon market, but can also enhance agricultural resilience through better soil health and regenerative farming practices.

As for innovation in the agricultural industry, sustainable fertilizer alternatives should be prioritized due to Russia’s market dominance of traditional fertilizers. There is a lot of promise on this front, but these products will need time to scale up once they hit the market. Since fertilizer is so ingrained in agriculture across the world, providing a cost-competitive alternative at scale will kill two birds with one stone: relieve dependence on Russia while subsiding agriculture’s negative impacts on the planet.

Furthermore, the U.S. should continue its innovation in biotechnology. From making crops more productive to helping them be more climate-resilient, biotechnology can enable our farmers to produce more with less (fewer inputs, lower emissions, etc.) while enhancing food security in the face of climate change.

Ultimately, the news cycle is intensely focused on the importance of energy security, and rightly so. But we mustn’t forget the real humanitarian, economic, and national security impacts of food security - which is also under threat by Russia’s invasion of Ukraine. The United States must continue leading the world in food production, by ramping up current exports, doubling down on innovation and supporting our farmers in the fight against climate change. That’s how we achieve both short-term and long-term food security.

Christopher Barnard is the national policy director at the American Conservation Coalition (ACC). He has an AllSides bias rating of Lean Right. Follow him on Twitter @ChrisBarnardDL.