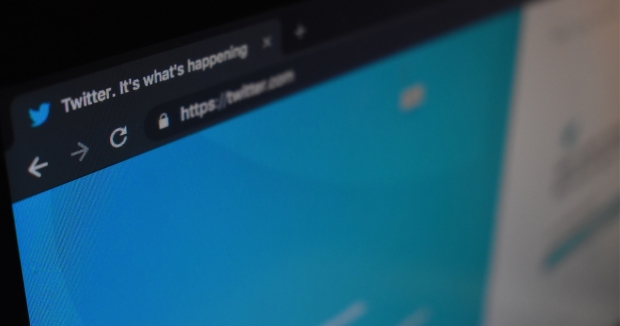 On Nov. 25, Twitter temporarily suspended Andy Ngo, a journalist known for documenting political violence, due to a tweet he sent to Chelsea Clinton. The suspension is a case study in differing definitions of “hate speech” on the left and right.

Last week, Clinton retweeted the Human Rights Campaign’s tweet in honor of Transgender Day of Remembrance. In her tweet, Clinton added that “since 2013, more than 150 trans people have been murdered in the U.S., the majority Black transgender women,” and stated that we “must commit to doing all we can to end this epidemic of violence and hate.”

Ngo replied, “The US is one of the safest countries for trans people. The murder rate of trans victims is actually lower than that for cis population. Also, who is behind the murders? Mostly black men.”

Twitter then temporarily suspended Ngo (meaning he cannot engage on Twitter except via direct messages for 12 hours), citing its policy against “hateful conduct.” The policy states that users "may not promote violence against, threaten, or harass other people on the basis of race, ethnicity, national origin, sexual orientation, gender, gender identity, religious affiliation, age, disability, or serious disease."

The right-wing media, such as The Washington Examiner, The Washington Times, The Daily Wire, and The Post Millennial (of which Ngo is editor-at-large) were all quick to report on this story; The Daily Dot (Lean Left) also provided coverage. As of this writing, it has not been reported by outlets AllSides rates as in the center or any others on the left. (Please contact us if you find any more.)

This case isn’t just an example of media bias; it is yet another showing of how words can mean very different things to different people. Those at Twitter who made the decision to suspend Ngo clearly saw his words as hateful; Ngo and many of those on the right do not. The right maintains that Ngo was stating facts, while Twitter maintains that he was promoting violence or threatening/harassing people.

This is a major discrepancy that has people on both sides upset. But we can’t begin to end political polarization unless we understand one another. This is precisely why AllSides created the Red Blue Dictionary, where we break down what controversial terms mean for different people. In this case, we’re seeing very different definitions of the term “hate speech” play out. Were Ngo’s words factual, or hateful?

Those on the left may see them as hateful. That’s because the left generally views hate speech as speech that offends or insults groups based on their race, religion, ethnicity, gender, disability, sexual orientation, or gender identity. Folks with this perspective may believe Ngo’s comment amounted to unconscious bias against a group of people. They may have interpreted Ngo’s words to imply that black men are violent; hate may not have been explicitly stated, but it was implied. And some of those on the left do not believe Ngo was stating facts at all; according to The Daily Dot, some believe violence against trans people is higher than is actually reported.

On the other hand, those on the right may believe this interpretation is unfair. They might say Ngo did not state or imply any hatred toward a group of people, and that he was simply stating facts taken from the Human Rights Campaign’s own data; he was simply “stating a verifiable empirical claim with no value judgement,” as Ngo told The Post Millennial.

The most charitable way of viewing this quarrel is that both sides are simply trying to help. Those on the left may genuinely believe they are helping certain communities by cracking down on speech that gives a negative impression; those on the right may genuinely believe they are helping by stating facts that can allow us to work on problems from a shared reality. Unfortunately, until we can understand each other and see where each side is coming from, a shared reality will be hard to achieve.

The issue of what speech social media companies permit and what speech they ban isn’t going away any time soon; many on the right have long criticized Twitter for treating conservatives more harshly than those on the left. Companies like Twitter will inevitably face backlash when they ban “hate speech,” mainly because the left and right can’t agree on what hate speech even means (or if it is even real).

Would Twitter have hit the “suspend” button so quickly if a conservative had been sitting in the room to explain what Ngo may have wanted to convey in good faith? Would right-wing media commentators have been so upset if they understood Twitter employees may have been trying to mitigate unfair impressions of a group of people? It’s hard to say. But sitting inside our filter bubbles and refusing to make an effort to understand one another only fuels division and hurt — often where none is warranted.

Henry A. Brechter, AllSides, Daily News Editor, reviewed this piece. He has a Center bias.