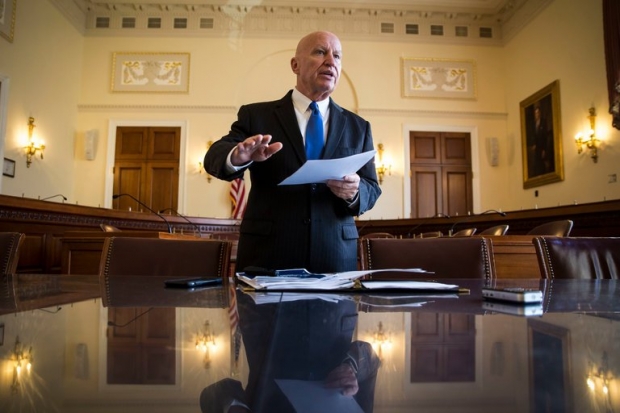 House Republicans unveiled their tax plan today, seeking the biggest change to the tax code in more than 30 years. Their aim is to simplify the tax code for individuals while also reducing the corporate tax rate. Many on the Left are hesitant about how the cuts will affect the middle class, while Speaker Paul Ryan (R-Wis) maintains that a typical family will save $1,182 a year.
Other news from AllSides:
Snippets from the Right
Rep. Steve Scalise: Even those in high-tax states will see ‘a real tax cut’
Washington Times
"House Majority Whip Steve Scalise said Thursday those in high-tax states will also be better off under the Republican plan.
'Home mortgage interest deduction is still in place. You can also deduct your property tax. State and local taxes go away under this,' Mr. Scalise, Louisiana Republican, said on Fox News. 'A lot of their constituents are going to see a real tax cut under their plan. And again, a more simplified code, and a code that brings economic growth.'
Mr. Scalise said the top rate will also stay in place under the Republican plan, but that more income will be taxed at a lower rate. He said these tax rates will stimulate growth, which people will see reflected in the economy.
'It’s going to make us competitive again,' he said."
Snippets from the Center
Republicans launch into sales push for tax plan
The Hill
"House Republicans have rolled out their long-awaited tax reform bill. Now they have to sell it.
Speaker Paul Ryan (R-Wis.), a policy wonk and former House Ways and Means Committee chairman, joined fellow GOP leaders at a news conference Thursday to make the case that the legislation gives a windfall to the middle class.
'This plan is for the middle-class families in this country who deserve a break,' he said, flanked by families who were invited to the press conference.
Under the GOP plan, a typical family of four, Ryan said, would save $1,182 a year on their taxes, a figure he repeated over and over.
...
'The whole purpose of this is a middle-class tax cut to give people more take home pay,' Ryan told CNN."
Snippets from the Left
Trump Tax Bill Hammers New York and California
New York Magazine
"Without question, some of the biggest losers will be the New Yorkers and Californians who would no longer be able to deduct interest on high-end mortgages, or deduct their state and local sales and income taxes.
The draft bill halves the cap on the mortgage interest deduction. Now the deduction will be limited to interest on the first $500,000 of a mortgage, as opposed to the current $1 million cap. And it entirely eliminates all but the property-tax portion of the state and local tax (SALT) deduction.
...
As for the SALT changes, New York and California together would bear nearly a third of the cost of eliminating SALT altogether. And though maintaining the deduction for property taxes will cushion the blow for people in states like New Jersey where property taxes take the biggest bite from incomes, those in high-cost, high income-tax states — again, preeminently New York and California — will feel much of the pain."
Discover more on this topic on AllSides.
News, Story Of The Week, GOP, House Of Representatives, US House Republicans, Republican Party, Taxes