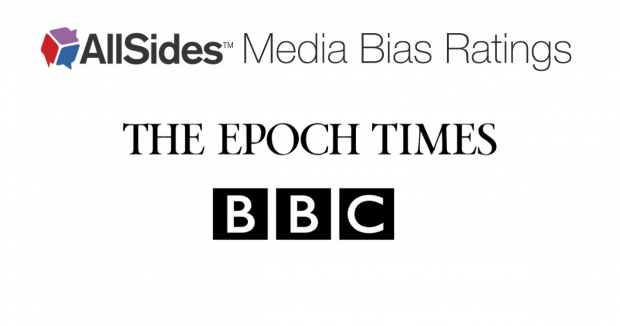 In a year of increased political polarization, those on opposite sides of the aisle might think that they have very little in common. However, every time we survey our readers for a Blind Bias Survey, we often find that they agree on a lot more than they realize.

In September, we released the findings of our August 2020 Blind Bias Survey, in which over 2,000 people across the political spectrum rated the media bias of five different news outlets blindly, seeing only their content and story choice, but not the name of the news publication. People from across the political spectrum reported their personal political bias and rated content from Associated Press, BBC, Bloomberg, The Epoch Times, and The New York Times.

We found some interesting results regarding how our readers who identify as Left and Right both agree and disagree with each other on the bias of two media outlets.

Where People on the Left and Right Agree: The Epoch Times 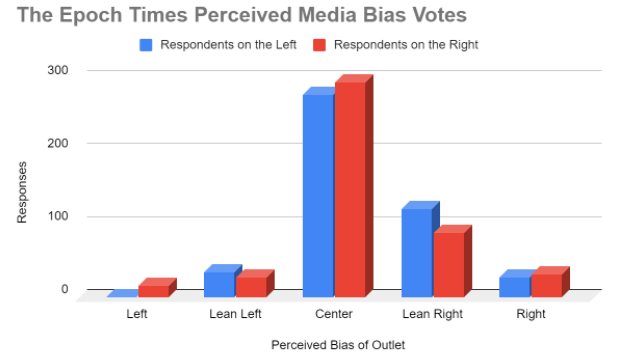 The Epoch Times was the least polarizing of five different media outlets that were surveyed. On average, users on the Left were more likely to think that the Epoch Times was Lean Right, but people on the left and right generally agreed that the content was Center.

The Blind Bias Survey assigns a value scale to represent each bias rating. The value for Center is represented roughly by the number 3 and Lean Right is 4.5. People with a Right bias rated the Epoch Times as 3.3 on average (Center), and those on the Left rated The Epoch Times as 3.45 (Center) — a difference of less than 5%. . Despite political leanings, both sides on average perceived the same bias of Center for The Epoch Times.

Where People on the Left and Right Disagree: BBC 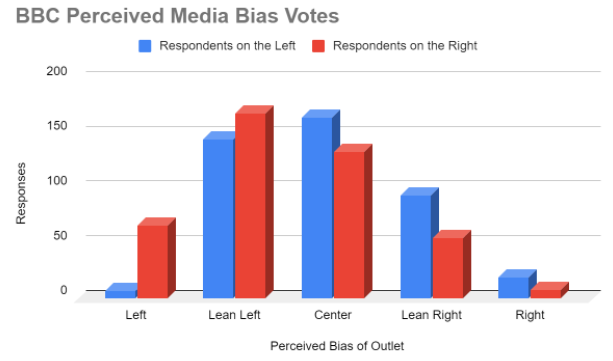 People on the Right and Left disagreed the most about the bias of BBC. As previously mentioned, the Blind Bias Survey assigns a value to represent each bias rating. The value for Lean Left is roughly 1.5 and Center is 3. Individuals on the Left rated BBC with an average value of 2.91 (Center), and those on the Right rated BBC with an average value of 2.2 (Lean Left) — a 25% difference.

During a Blind Bias Survey, we provide readers with a total of 10 top headlines taken from the outlet on two separate days, as well as two different articles. BBC’s content had a polarizing effect on our users that led to a discrepancy in rating.

So what does this mean? Depending on your own bias, you may perceive media content differently than someone on the other side of the political aisle. But sometimes, members that have completely different political leanings can still come together and agree on the bias of an outlet.