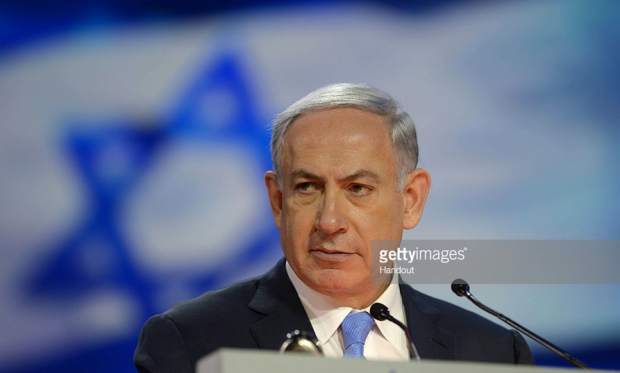 This week, Israeli Prime Minister Netanyahu of Israel's conservative Likud party won a fourth term. He had recently been trailing in the polls behind the center-left Zionist Union alliance. Because of Netanyahu's stand against a Palestinian state and a US-led deal with Iran on its nuclear program, his strained relationship with President Obama, and how close the race was, this election has been covered extensively in the US--from every side of the political spectrum.
Snippets from the Left
Editorial: Netanyahu's cynical campaign

"On Monday, Netanyahu vowed that he wouldn't allow a Palestinian state to be established if he were returned to office, warning that 'anyone who is going to establish a Palestinian state today and evacuate lands is giving attack grounds to the radical Islam against the state of Israel.'
…
But it's one thing to acknowledge the difficulty of negotiating a two-state solution that would allow for a sovereign Palestinian state alongside a safe and secure Israel. It is quite another to categorically rule out the idea. The latter approach is ominous not only for regional peace but also for Israel's self-interest."
Snippets from the Right
Netanyahu Achieves ‘Great Victory’ in Israeli Election
TheBlaze
"Netanyahu’s first stop after securing the majority of Knesset seats according to the official vote count was to the Western Wall in Jerusalem.
'I deeply value the decision by Israeli civilians to choose me and my colleagues against all the odds and against major forces,' Netanyahu said, according to the Times of Israel.
The prime minister seemed to be referring to what he had described during the campaign as foreign government-funded groups meddling in the election process in favor of his left-wing rivals.
Netanyahu said he 'feels honored by the responsibility' granted him by the Israeli people."
Snippets from the Center
Why Netanyahu victory isn't likely to make US-Israel relations worse

"Obama’s pursuit of a nuclear agreement with Iran and Netanyahu’s campaign pledge never to allow creation of a Palestinian state while he is in office are two prime examples of the policy differences separating the two leaders.
But neither of these divisions is really new – suggesting that relations have little reason to worsen and might remain more or less the same for the remainder of Obama’s term, some experts say.
'It didn’t take Netanyahu’s reelection to convince anyone that while the Israeli-Palestinian process maybe wasn’t dead, it was frozen pretty hard, and no matter what happened [in the election] an Iran agreement appeared to be a done deal, or at least pretty close,' says Aaron David Miller, a Middle East expert with the Wilson Center who has held government posts in both Republican and Democratic administrations."
Discover more on this topic on AllSides.
Benjamin Netanyahu, Israel, News