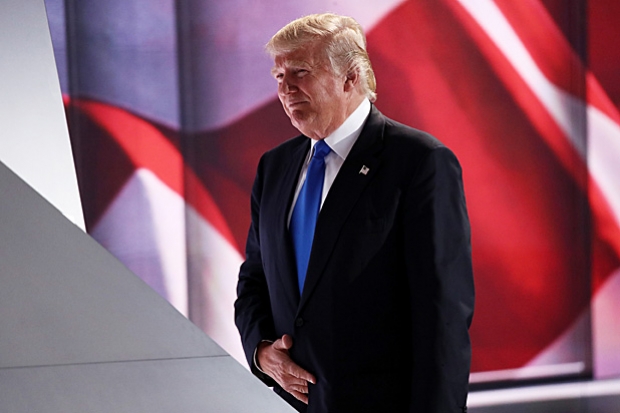 The 2016 Republican National Convention has received a great deal of coverage and attention, especially compared to the RNC of four years ago. Every day a new drama has captured the media’s attention. With Donald Trump’s highly anticipated convention speech happening tonight, let’s look at what’s being said about the convention so far from a few different perspectives.
In contrast to the demagoguery of national party conventions is the American Citizens Summit taking place August 1 - 4. This online event features leaders and organizations around the nation, building bridges across partisan divides for a more effective democracy. I'll be speaking at the Politics, Civics and Technology session, while others, from Grover Norquist (conservative president of Americans for Tax Reform) to Joan Blades (liberal co-founder of MoveOn.org) will cover a vast array of topics. Sign up for this FREE online event.
See other news featured by AllSides such as Night 2: Christie on Hillary, Melania Speech Controversy, RNC 2016 Starts Today and the latest AllSides News.
Snippets from the Right
Opinion: Mike Pence’s ‘time for choosing’ moment
Guest Writer
“But unlike Reagan in ’76, Cruz refused to endorse the rival who vanquished him — and got booed off the stage as a result.
Pence, by contrast, had the crowd in Quicken Loans Arena enthralled. His speech was the first moment all week that both Trump loyalists and Trump skeptics (of which there are many here) appeared, at least for a moment, to be united.…‘The Democrats,’ Pence declared, ‘are about to anoint someone who represents everything this country is tired of. You know, Hillary Clinton wants a better title. And I would, too, if I was already America’s secretary of the status quo.’ To struggling American workers, he declared: ‘They tell us this economy is the best that we can do. It’s nowhere near the best that we can do. It’s just the best that they can do.’It was not long before the crowd was chanting ‘We like Mike!’”
Snippets from the Left
'He's a disaster': Trump still faces a party divided on convention's final night
The Guardian
“All week the convention has strived to maintain harmony around its anti-establishment nominee. ‘What do you say that we unify this party at this crucial moment when unity is everything?’ the House speaker, Paul Ryan, asked on Tuesday. He might not like the answer. Guardian interviews with dozens of delegates from across America found cracks in the facade.
…Trump will also struggle to persuade the likes of Kris Shafer, 28, a businessman from Fort Worth, Texas, who this week was wearing a ‘Choose Cruz’ T-shirt… ‘He embraces and promotes principles I do not believe fit the Republican party,’ he said. ‘My wife is Hispanic and to vilify so many people, to say they’re stealing our jobs, to paint immigrants that way, is not what Republicans have stood for.’Shafer was particularly galled by a boast that Trump made in January when he told a rally he could stand in the middle of New York’s Fifth Avenue and shoot somebody without losing voters. ‘This is not how a leader behaves,’ he said.’”
Snippets from the Center
Donald Trump's big test
CNN
“Donald Trump has never faced more pressure on the national stage than he will Thursday evening when he accepts the Republican nomination.
This week's Republican National Convention has been dominated by unexpected fireworks ranging from the plagiarized speech his wife delivered and the way the campaign prolonged the episode to Ted Cruz's shocking address Wednesday in which he refused to endorse Trump and encouraged Americans to vote their conscience. Cruz's speech exposed the deep divisions that remain in the party after the fractious primary.
But beyond the Cleveland drama, Trump faces a more difficult long-term challenge: fashioning a message that can at once soothe concerns among scores of independent women while still firing up the white men who are angry about the direction of the country.”
Discover more on this topic on AllSides.
GOP, GOP Convention, RNC, Donald Trump, Mike Pence