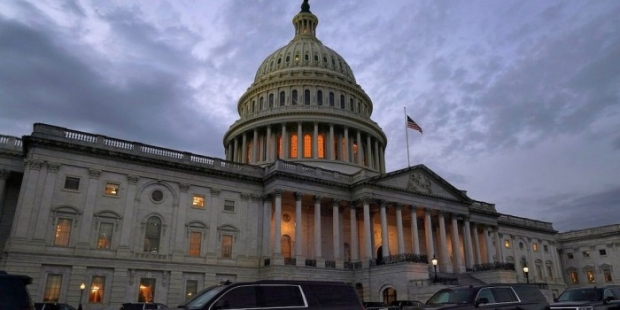 Lawmakers agreed on a long-debated stimulus bill worth nearly $900 billion this past weekend, attempting to relieve economic fallout from the COVID-19 coronavirus pandemic. The proposal includes $600 direct payments to Americans and unemployment aid, as well as hundreds of billions of dollars for business loans and foreign aid to countries such as Israel, Pakistan, Sudan, Burma and Nepal. President Donald Trump then threatened to veto the bill Tuesday if the promised direct payments are not increased.

Coverage on all sides focused on the direct cash payments and on Trump's comments. Some on both left and right criticized the $600 payments as too small; others said the payments were unnecessary. Media on both sides also broke down the billions of dollars in non-pandemic related projects that were included in the bill, which coverage often criticized as politicians' "pet projects" or framed as examples of partisan greed.

Happy Holidays from the AllSides team!

On the Blog: Read up on six distinct ways media outlets try to grab your attention; is the bipartisanship shown by lawmakers in passing the recent stimulus bill a sign of more to come?; and our recent Blind Bias Surveys left us with some interesting data — our left-leaning and right-leaning readers agree on the bias of some outlets but disagree thoroughly about others.

More from AllSides: In 2020, we could’ve taken the path many others take — picking a side, then ramping up sensationalism for clicks. We didn’t, because we believe balanced news can help solve our deepest divisions. If you agree, please consider supporting us this Christmas; Balanced news comes to your mobile device: The AllSides mobile app is now available — download it today for iOS and Android; and you can support our work and mission by becoming a sustaining member of AllSides. Sustaining memberships allow you to read AllSides ad-free.

"Trump said the American people got the “bare minimum” from the bill even though “it was China’s fault.” “I am asking Congress to amend this bill and increase the ridiculously low $600 to $2,000 or $4,000 for a couple,” he said. The president added that the next administration may have to deal with the package, but added that “maybe that administration will be me, and we will get it done.”"

Why the House split the coronavirus and omnibus package into two votes, and what it may mean for next Congress

"The House of Representatives, in what could be a foreshadowing of things to come in the next Congress, split the coronavirus relief and government funding legislation passed Monday into two separate votes -- allowing members to vote against the part that included military and Homeland Security funding without putting the package carrying the economic stimulus money in jeopardy."

Some might not receive a $600 stimulus check this time around. Here’s why

"The latest coronavirus relief deal from Congress includes $600 stimulus checks per person, half of the $1,200 payments that went out earlier this year. Married couples who file jointly stand to receive $1,200, while eligible children will receive $600. Full payments will go to individuals with up to $75,000 in adjusted gross income, heads of household with up to $112,500 and married couples under $150,000."

Battered U.S. Restaurants and Bars Miss Out on Stimulus Bailout

"The $900 billion U.S. stimulus package doesn’t allocate direct funding for restaurants and bars, another blow to two of the hardest-hit parts of the U.S. economy. The wide-ranging spending bill does allow small businesses to take out loans. It also directly funds several beleaguered industries, but doesn’t include restaurants and bars. With more states restricting indoor activities, these establishments are already facing a bleak future."

Struggling Americans blast stimulus bill as too little, too late

"After months of start-stop negotiations, Congress finally passed a $900 billion relief package on Monday evening...But this help is too little, too late, say many Americans who have had trouble making ends meet amid the coronavirus-wrought economic upheaval. The $1,200 stimulus checks from the March package have long been spent, and the $600 federal boost for laid-off workers ended in July."

Story Of The Week, Coronavirus Stimulus, Life During Covid-19, Economy And Jobs