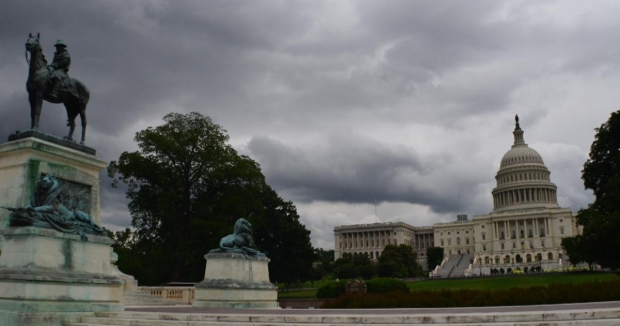 After years of Capitol Hill gridlock driven by increased suspicion, hostility and polarization, it may be fitting that the final legislative agreement of the hyper-partisan Trump administration required an act of transcendent bipartisanship. In an era when true believers at the ideological fringes of both major parties have become increasingly dominant, it may be an encouraging sign that it was a dwindling number of raging moderates who brought Congress to closure on a long-overdue coronavirus relief and stimulus package.

Never mind that House Speaker Nancy Pelosi and Senate Majority Leader Mitch McConnell could have struck essentially the same deal several months ago, and saved American workers and businesses untold and unnecessary amounts of COVID-19 coronavirus-driven pain. Ultimately, it was a group of eight Senators – four Democrats and four Republicans – who fashioned the outlines of a compromise agreement that Pelosi and McConnell were able to carry across the finish line.

The $900 billion package included far less than spending than the much larger sums that Pelosi had refused earlier in the year as insufficient. It did not contain the lawsuit protection measures for businesses, schools and hospitals that McConnell had repeatedly said were essential for any final package. But President-elect Joe Biden made it clear to Pelosi and other Democratic leaders that the perfect was not the enemy of the good, and provided them with a face-saving talking point by referring to the deal as a “down payment” on further legislative action next year. And it would not be difficult to believe Biden found a way to communicate to his old sparring buddy and negotiating partner McConnell that liability reform was a topic that could be revisited in 2021 as well.

The Congress that Biden will be working with his first two years in office will be the most closely divided in recent memory. The Georgia runoff elections on Jan. 5 will decide whether the Senate is controlled by a tiny Democratic working majority or a similarly miniscule Republican advantage. On the other side of the Capitol, Pelosi will be able to count on the fingers of one hand the number of votes she can lose and still pass essential legislation.

When such a small number of crossover votes in either direction can spell the difference between a bill’s success or failure, the same centrists who forged the coronavirus relief compromise will have a disproportionate amount of influence. We should become accustomed to hearing more from Republicans like Susan Collins of Maine, Mitt Romney of Utah, Ben Sasse of Nebraska and Lisa Murkowski of Alaska instead of the more abrasive voices who have dominated the GOP’s Hill soapbox for many years. Similarly, Democrats such as Joe Manchin of West Virginia, Kyrsten Sinema of Arizona, Jeanne Shaheen of New Hampshire and Mark Warner of Virginia will become much more familiar than the confrontational figures who represent the party’s progressive base.

The two senators who will hold the key to almost any successful bipartisan effort, though, are Republican Rob Portman of Ohio and Democrat Chris Coons of Delaware. Portman is a traditional conservative who earned his stripes in a pre-Trump GOP where quiet negotiation and compromise were his calling cards. Coons is Biden’s Senate protégé and close confidante: he will be the chief White House envoy to Congress and will be the key to turning the new president’s bipartisan instincts into legislative reality.

There are still plenty of obstacles along the way, most notably the committed progressives and conservatives who voted against the compromise bill, and who will remain suspicious of any efforts to move away from their own priorities toward the collaborative space where work gets done. But it’s been a long time since Congress has begun a new session with genuine bipartisan instincts underneath the bromides. Some of that is the result of those razor-thin majorities; some is due to Biden’s history of working with both parties. Some is because of an exhaustion among a growing percentage of the electorate who believe that a never-ending knife fight is no way to run a country.

When Congress ran this way in the past, it wasn’t because partisanship and principled ideological disagreements were eradicated. Rather it was because leaders from both parties knew how to temporarily set aside those nasty battles when collaboration became necessary for the common good. There aren’t a lot of people on Capitol Hill who have been trained to achieve that balance. We’ll find out in the months ahead whether there are enough.