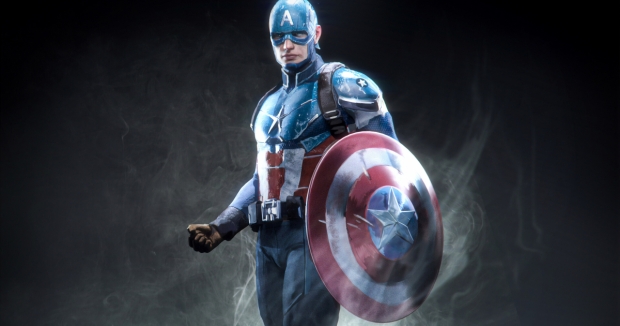 Hollywood has long had a strongly liberal reputation. But as America looks to heal from a divisive election, opportunities for depolarization may come from surprising places, including Hollywood. A recent project spearheaded in part by Chris Evans, the star who plays Captain America, is seeking to reduce political division.

Evans recently announced the founding of A Starting Point, a bipartisan civic engagement platform featuring a database of short videos. It kicked off in July of this year. In these videos, elected officials from all sides of the political spectrum explain their views on a variety of issues: from healthcare and the economy to social justice and foreign policy. The aim of the website is to “create a little more connectivity” between politicians and citizens.

Evans strongly supports this effort while also publicly showing his support for Joe Biden. He said in a video on Twitter, “an engaged electorate will create a government [that] more accurately reflects who we are and what we need.”

A Starting Point intends to improve the state of U.S. political discourse by exposing Americans to diverse voices in a non-partisan way. Politicians are able to clearly articulate their views and encourage constituents to become more engaged in politics. Ideally, this bridges gaps between politicians and their constituents, and between Republicans and Democrats.

As Evans has said, "Given everything that's going on in the world, more engagement in politics is always a good thing. It will only help government work better for us, and better represent who we really are."

Evans has been determined. He first generated the idea for the project, and by the start of 2020, he had conducted every interview himself with more than 100 members of Congress. There are more than 1,000 videos in all.

The platform intends to increase the bandwidth of communication between voters and their representatives, taking out middlemen that can potentially distort the exchange of information, such as biased news media.

After all, effective governance includes mutual exchange and communication of knowledge between politicians and citizens. An integral part of this should be an increase in people’s awareness of crucial issues.

In the age of rising political polarization and the formation of filter bubbles that have made it difficult for people with opposite political views to interact with each other, platforms like A Starting Point should be welcomed with open arms.

How could it improve? One way would be to allow politicians to share their personal stories, especially when it comes to cross-party friendships. These would help humanize those on the other side. After all, people are more likely to observe the principles of civil discourse when they see others not as political opponents but as people who simply happen to have disagreements with them.

Captain America’s initiative is a step in the right direction, even if it may seem small at the beginning. After all, this is just a “starting point.”