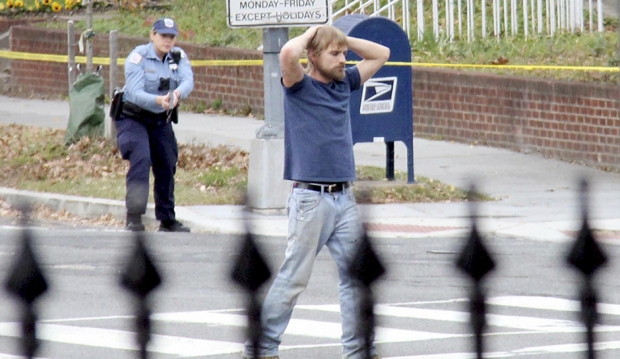 With the events of "Pizzagate", many are left questioning the influence that "fake news" has on people. Should social media networks do more to crack down on the spread of fake stories? Or would that just create an unaccountable central authority that censors information, capable of manipulating people and destroying the benefits of a free and independent press? Perhaps this isn't really such a big deal, especially considering how deceitful press was in the earlier years of the United States.
We picked this story this week because it is particularly central to what AllSides does. Fake news is arguably a subset of an even bigger problem, the strongly biased filter bubbles that essentially deceive us with information that only supports one perspective. AllSides' approach helps free all of us from being mislead or manipulated by fake news or filtered bubbles, so we can truly decide for ourselves on the best path forward.
See other news featured by AllSides such as Trump Rips Boeing, Trump Rattles Corporate America, John Kelly for Homeland Security, Trump Taps Scott Pruitt for EPA and the latest AllSides News.
Snippets from the Right
Pizzagate gunman refuses to dismiss online conspiracy theory claims about child sex ring
Fox News
"He also rejected the term 'fake news' believing that it diminishes stories shared outside the mainstream media.
Welch told the newspaper he started driving to Washington from his Salisbury, N.C., home intending only to give the restaurant a 'closer look.' But while on the way, he said he felt his 'heart breaking over the thought of innocent people suffering.'
Welch would not say why he brought an AR-15 into the pizza shop and fired it, the newspaper reported."
Snippets from the Left
As it spreads online and off, Pizzagate gets weirder and more dangerous
The Verge
"The main pillar of the Pizzagate theory is that high-level politicians like Bill and Hillary Clinton, as well as Clinton’s campaign chair John Podesta are involved in a secretive child abuse and trafficking ring. After Podesta mentioned Comet Ping Pong is [sic] his emails released by WikiLeaks, theorists decided the restaurant was being used as a front for the trafficking operation. Some of the purported 'evidence' of the conspiracy includes a mural on the wall of Comet Ping Pong and the idea that words like 'cheese' and 'sauce' used in Podesta’s emails are code words for politicians trying to conceal abuse.
...But as the Pizzagate shooting shows, while not every voice participating in Pizzagate believes the conspiracy theory, some do... So, when the theory led a man to fire a weapon at Comet Ping Pong, the theory didn’t die. It adapted."
Snippets from the Center
D.C. pizzeria gunman says he still believes in Pizzagate but 'intel on this wasn't 100 percent'
The Week
"'[H[e drove up from North Carolina to get a "closer look" at the restaurant at the center of the false 'Pizzagate' conspiracy theory and had no intention of firing a shot. 'I regret how I handled the situation,' he said. 'I just wanted to do some good and went about it the wrong way.' Internet articles led him to believe that the pizzeria was the center of a child sex ring run by associates of Hillary Clinton, but 'the intel on this wasn't 100 percent,' he said, adding that just because there were no children 'inside that dwelling,' it doesn't mean there is no Pizzagate pedophile ring."
Discover more on this topic on AllSides.
Story Of The Week, Fake News, News, Pizzagate