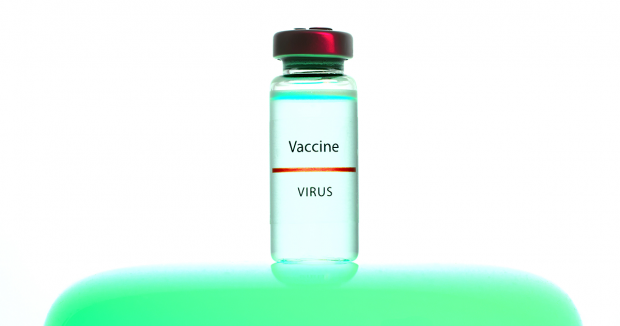 On September 9th, President Biden announced new vaccine requirements for both federal and private employees. All employers with over 100 employees were told to mandate vaccination or test employees weekly for COVID-19.

The mandate has become severely controversial, leading to debates over public health, personal freedom, the U.S. Constitution, safety of the vaccines, and much else. As one might imagine, the mandates have created a massive partisan split.

Republicans are much more likely than Democrats to oppose vaccine requirements of any sort. They are likely to point to breakthrough cases, waning vaccine effectiveness, natural immunity, concerns about potential side effects of the vaccines, and/or believe that medical decisions should be a personal choice.

Democrats are generally supportive of mandates, because they see vaccination against COVID-19 as safe and effective, and believe it benefits public health to enforce vaccine requirements.

A poll conducted in late August found that half of U.S. adults (50%) support employers requiring in-person employees to be vaccinated, while just under half (44%) do not. Most Democrats are in favor of such a requirement (82%), while most Republicans are against (76%), showing just how divided the American public is on COVID-19 vaccines and mandates. Independents are split on the issue. 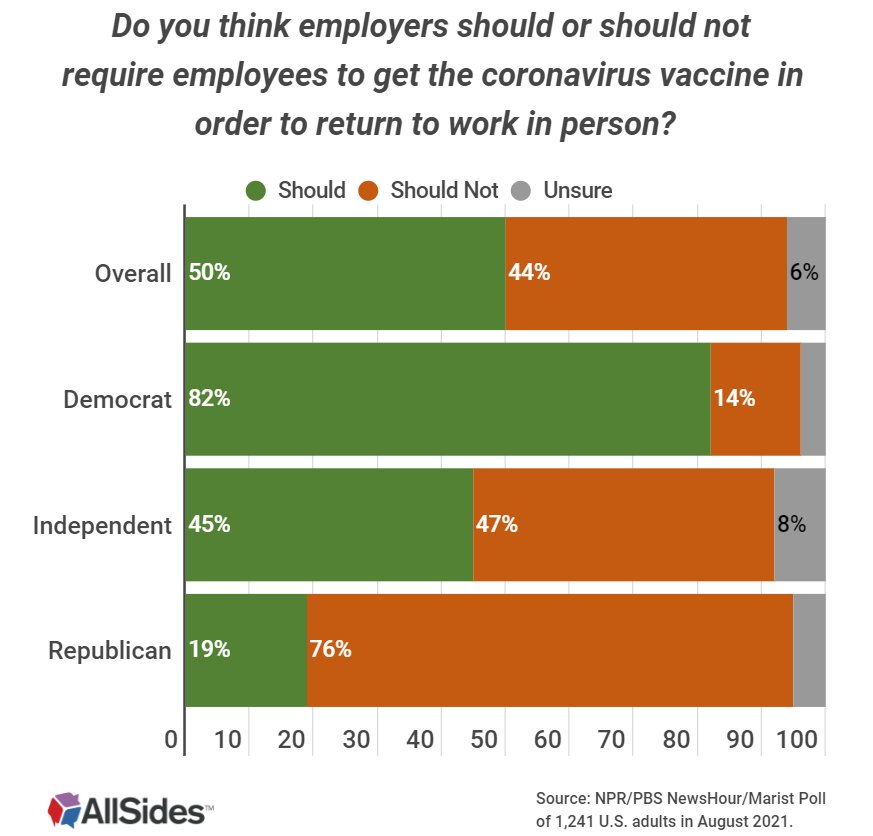 Many businesses around the nation have implemented COVID-19 vaccination requirements for employment or working in-person. As for showing proof of vaccination to attend events, travel, or eat at a restaurant, most Americans are also in favor. Among unvaccinated Americans, 35% said that if shots were mandated at their workplace, they would ask for a medical or religious exemption; 16% said they would get the shot. Without an exemption, 18% said they would comply and 72% said they would quit.

All 50 states have laws requiring vaccination for students in public schools, and each state sets its own immunization requirements. Each state also implements its own exemptions, and all 50 states provide medical exemptions to some extent. As of early 2021, most states (44) also allow for religious exemptions and a handful (15) allow philosophical exemptions for children in school.

As of October 15th, the state of California is one of two states that has announced COVID-19 vaccination requirements to attend school, as long as an FDA-approved vaccine is available for their age group. Illinois Governor J.B. Pritzker signed an executive order in August requiring higher education students who wish to attend school in-person to have at least one dose of a COVID-19 vaccine. 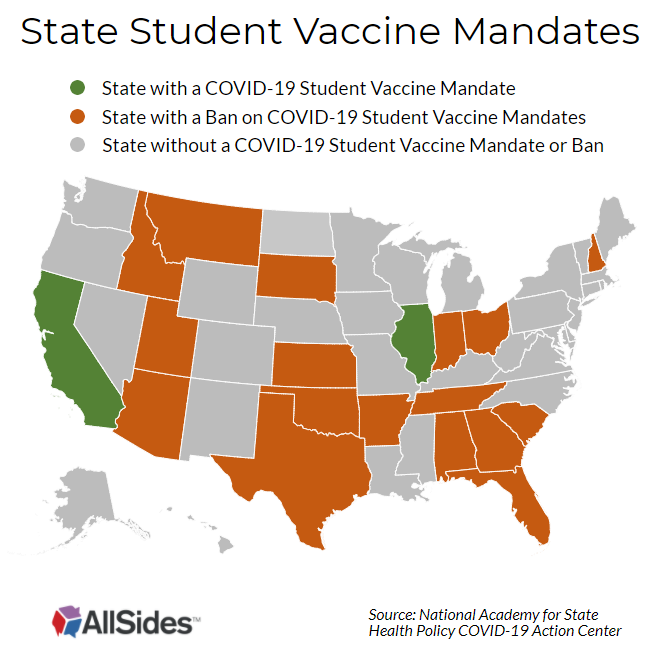 The United States has a history of mandating vaccines. The Supreme Court has ruled in favor of vaccination requirements in two cases: Jacobson v. Massachusetts (1905) and Zucht v. King (1922). Each decision said that vaccine mandates, and penalties imposed for violating them, are not a violation of the U.S. Constitution’s 14th Amendment right of due process, in either the general public or in schools. Rather, states have a “police power” which requires it to protect the health of its people.

However, since these cases were decided, the U.S. Supreme Court’s interpretation of the 14th Amendment has changed, applying due process to the later-enacted individual right to use contraception, right to abortion, and the right for same-sex couples to marry. Because of this new interpretation, critics of COVID-19 vaccine mandates argue that vaccine mandates are no longer constitutional.

Because of each state’s capacity to enforce “police power” on their states, some opponents also argue that states have the power to block COVID-19 vaccine mandates – a few state courts and federal judges have temporarily blocked them.

As of October 8th, 19 states have mandated state workers to be vaccinated against COVID-19, and eight have banned them.

Several federal laws allow for vaccine exemptions for employees based on religious beliefs and disabilities. In the midst of the COVID-19 pandemic, however, many states are considering what types of exemptions should be allowed, and some states have tightened restrictions.

You can use AllSides to find more perspectives on the COVID-19 pandemic and COVID-19 vaccines.

This piece was reviewed by Managing Editor Henry A. Brechter (Center bias) and Julie Mastrine, Director of Marketing and Bias Ratings (Lean Right).