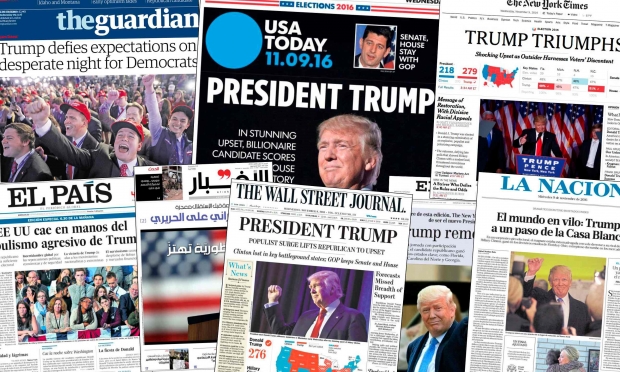 While there is some nice coverage about how print newspapers are covering the election results on their front pages - see Newspaper front pages cover Trump's victory – in pictures, we should also look at how it is being covered online. After all, these online sites are the primary news sources for many, many Americans.

News sites with a left bias:

Slate:Trump Wins - How Could We Have Let This Happen?

New sites with a center bias:

Politico:PRESIDENT TRUMP- In the biggest upset in American history, the billionaire shocks the nation and world

News sources with a right bias: