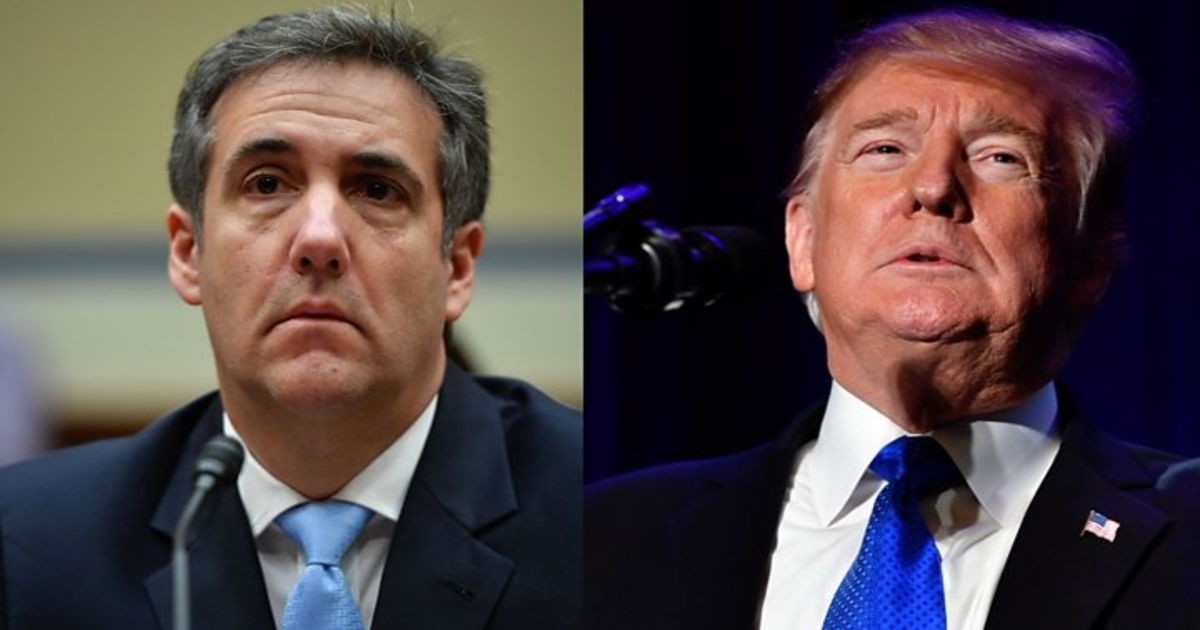 President Trump's former lawyer Michael Cohen testified in front of the House Oversight Committee after being sentenced to 3 years in prison.
Some praised his testimony as potentially troubling for President Trump after Cohen implicated him in illegal activity. Others criticized Democrats for calling Cohen to testify in the first place, particularly after he pleaded guilty to lying to Congress.
From the Blog: After listening to your feedback, we have updated the AllSides Media Bias Chart!
Check out some other big stories this week: No Agreement At North Korea Summit, House Passes Bill Requiring Universal Background Checks on Firearm Sales, and Bernie Sanders Gives CNN Town Hall.
Snippets from the Left
Michael Cohen’s hearing was explosive — but not for what was new
Washington Post Editorial Board
"FORMER TRUMP lawyer Michael Cohen’s Wednesday hearing before the House Oversight Committee was explosive not for what was new — but, depressingly, what was not new to anyone watching this administration with clear eyes. The takeaway: President Trump is a liar with a defective character — and, possibly, a criminal."
Michael Cohen Has a Lot of Regrets
New York Times Opinion
"Aware of his credibility problems, Mr. Cohen showed up with hard proof of Trumpian misdeeds: a personal check from the president, allegedly used to reimburse Mr. Cohen for his payment to Stormy Daniels; evidence that Mr. Trump arranged to have a portrait of himself purchased at a charity auction by a straw buyer, who was then repaid through Mr. Trump’s charitable foundation; and letters that Mr. Trump had instructed Mr. Cohen to write, warning the president’s high school, colleges and the College Board not to release his grades or test scores without his permission."
Trump is “impressed” that Cohen said “no collusion.” But Cohen didn’t say that.
Vox
"Perhaps even more significantly, during questioning by Rep. Debbie Wasserman Schultz (D-FL), Cohen granted it’s possible the whole Trump family was 'conflicted or compromised with a foreign adversary in the months before the [2016] election' because Cohen had repeatedly briefed them about his efforts to strike a Trump Tower Moscow deal during the presidential campaign."
Snippets from the Center
'I am not protecting Mr. Trump anymore.' Michael Cohen ties the president to ongoing criminal probes
USA TODAY
"During an often combative appearance before a House committee, Cohen delivered a searing account of his dealings with the man who he helped win the White House, casting Trump as a 'racist,' a 'con man' and a 'cheat' and tying the White House more directly than ever to criminal investigations that have shadowed Trump's presidency.
Trump derides 'fake' hearing but says Cohen truthful on 'no collusion'
Reuters
"President Donald Trump criticized his former attorney Michael Cohen on Thursday for lying in testimony to Congress but found reason to praise him, too, for not alleging Trump’s campaign colluded with Russia in 2016."
Michael Cohen: Ex-lawyer tells Congress Trump directed lies
BBC
"Donald Trump's former lawyer Michael Cohen has claimed Mr Trump wanted him to lie about a property deal in Moscow during the 2016 presidential campaign."
Snippets from the Right
Jason Chaffetz: Michael Cohen says he’s a fool – No one can argue with that
Fox News Opinion
"The Never-Trumpers may have found the testimony illuminating and accurate, but Cohen is going to prison for being the opposite.
Trump supporters saw in Cohen a liar and convicted felon testifying before Congress. A serious investigation would have demanded probing questions for the man who instigated the whole investigation – Deputy Attorney General Rod Rosenstein."
Michael Cohen Made Four Big Allegations. How Skeptical Should We Be?
National Review
"The bottom line? If you’re invested in the idea that Trump was some kind of co-conspirator with Vladimir Putin, Cohen’s testimony was a profound disappointment. If you understand that Trump is a man of exceedingly poor character who — at the very least — lies continually and surrounds himself with crooks and grifters, then Cohen’s testimony merely reaffirmed a fundamental truth. If you want to know the whole story of the Trump team’s conduct in 2016, Cohen’s testimony was only marginally helpful."
Cohen bolstered the character charges against Trump but weakened the legal ones
Washington Examiner Editorial Board
"Cohen’s testimony about Trump consistently painted a picture of a morally impoverished man. But that was merely adding detail to the picture America had of Trump in November 2016 when it elected him president. The question at hand is whether Trump did anything illegal or impeachable. On that front, Cohen also added nothing new."
Discover more on this topic on AllSides.
Tags: