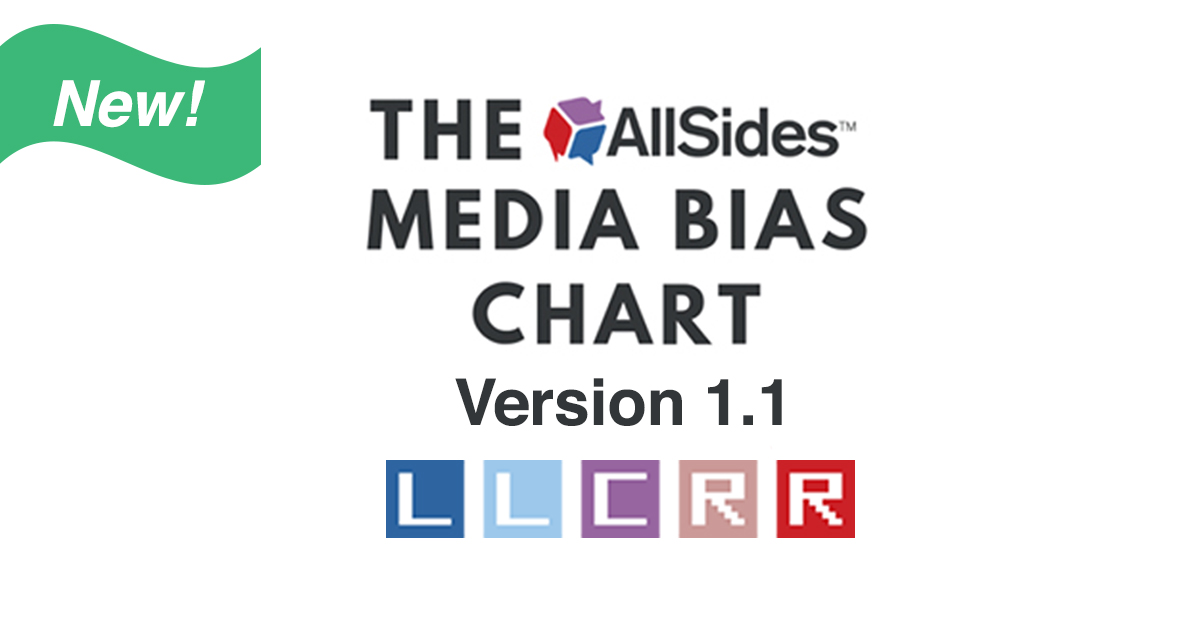 Earlier this month, we released Version 1 of the AllSides Media Bias Chart, which is based on over 600 AllSides media bias ratings. The media bias chart offers an easy way for you to identify political bias in the news, so you can avoid being misled and decide the truth for yourself.

We gathered feedback since then, and decided to make a few minor updates to the chart.

Check out version 1.1 of the AllSides Media Bias Chart below.

Read our FAQ about the AllSides media bias chart.

AllSides does not rate outlets based on accuracy or factual claims — this is a bias chart, not a credibility chart. We disagree with the idea that the more extreme an outlet is, the less credible it necessarily is. There’s nothing wrong with having bias or an opinion — there is something wrong with ignoring the other side.

It’s also important to note a Center media bias rating doesn’t necessarily mean neutral or unbiased. A Center media bias rating simply means a media outlet does not predictably show opinions favoring either end of the political spectrum. Either they don't show much bias at all, or their bias leans to the left and right equally at different times. It may also mean the outlet does a good job of portraying both sides equally. Sometimes, Center outlets will not give you the full story and will omit certain stories, perspectives or ideas.

AllSides provides media bias ratings for nearly 600 media outlets, and our methodology is more comprehensive than other media bias charts on the Web. Our ratings are based on multi-partisan, scientific analysis. They are fluid and subject to change over time. Expect more versions of the chart to be released as we gather more data and feedback.

Depolarize your newsfeed by sharing the AllSides media bias chart on Facebook.

END_OF_DOCUMENT_TOKEN_TO_BE_REPLACED
Go ad-free!   About these ads