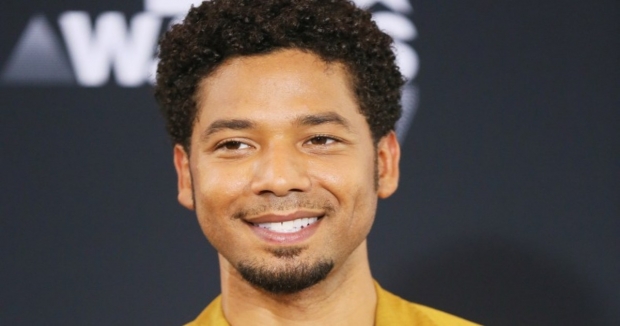 Several media outlets and politicians came under fire this week for their sympathetic reporting on "Empire" star Jussie Smollett, who has now been charged with filing a false police report in fabricating a racist and homophobic hate crime.
Many Left-leaning politicians and publications were quick to come to Smollett's defense, while several Right-leaning publications have criticized them for not waiting until all of the facts came in.
From the Blog: After releasing the AllSides Media Bias Chart, we received feedback from people who disagreed with our rating of NPR online news as Center. AllSides conducted an editorial review to take a closer look at NPR's media bias. Get the latest on NPR's media bias rating.
Check out some other big stories this week: Supreme Court Limits Civil Asset Forfeiture, House Democrats Investigate Trump Admin's Involvement in Saudi Nuclear Plan, and Bernie Sanders Enters 2020 Presidential Race.
Snippets from the Right
‘Why Would Jussie Smollett Do This?’ They Cried
National Review
"The reasons for Smollett’s hoax didn’t boggle anyone’s mind, assuming that the mind in question was functioning above the level of someone who eats a bowl of lead-paint chips for breakfast. In America, victimhood is currency. It is easily converted into actual currency, and if Smollett had gotten away with his hoax, he had every reason to expect that his vastly increased celebrity would have led to the salary bump Chicago police said he wanted from his show Empire."
Jussie Smollett got lots of oxygen from CNN, other news outlets – No wonder people don't trust the press
Fox News Opinion
"The Smollett case landed right at the intersection of pop culture, politics, racism and fame. It became a weapon for the left to wield against the evil, MAGA-hat wearing villains the media so despised."
Jussie Smollett Reminds Us That Some Hate Crimes Are Hoaxes—and the Statistics Are a Mess
Reason
"None of this means that racism and other forms of bigotry are nonexistent, or even that they're rare. But reality is often quite complicated, and it's important for reporters to add context, clarification, and caveats when discussing the news—no matter how much this displeases the automatically-believe-victims crowd."
Snippets from the Left
Jussie Smollett’s arrest doesn’t diminish the reality of hate crimes
Vox
"This administration is forever coming up with creative new ways to disturb and dismay the nation. Mr. Trump’s eagerness to undermine the Constitution to serve his short-term political gain remains among the most outrageous."
CNN’s Van Jones Shames Jussie Smollett: You’ve ‘Hurt the Cause Against Racism, Homophobia’
The Daily Beast
"'This is the fall of an icon,' Jones asserted. 'I don’t think people understand how important he has been in the black community. Empire as a show, to have him as a beloved character, I think did a great deal to knock back homophobia in the black community.'"
Why our politics can't handle Jussie Smollett
CNN Opinion
"Modern politics isn't built for a let's-wait-and-see-what-all-the-facts-reveal approach to events. It's built to incentivize whoever has the first and toughest (and most memorable quote), even if the facts ultimately undermine it."
Snippets from the Center
'Empire' actor Jussie Smollett charged with faking racist attack
Reuters
"Actor Jussie Smollett was charged on Wednesday with lying to police when he claimed he was attacked and beaten on the streets of Chicago by two masked men shouting racist and homophobic slurs, police said on Wednesday as they sought his arrest."
Chicago police: Jussie Smollett staged attack 'because he was dissatisfied with his salary'
The Hill
"Trump weighed in on the Smollett case again following Thursday's press conference, saying he insulted 'tens of millions of people' with his false claims."
Jussie Smollett directed brothers to pour gas on him and yell slurs, prosecutor says
USA TODAY
"Smollett, who is gay and black, staged the Jan. 29 attack to look like a hate crime, to take 'advantage of the pain and anger of racism to promote his career,' said Police Superintendent Eddie Johnson, who is also African-American."
Discover more on this topic on AllSides.
Culture, Jussie Smollett, Hate Crimes, Racism, Homophobia, Chicago, Story Of The Week, News