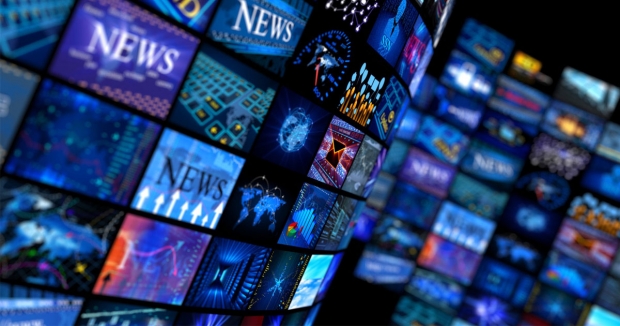 It's probably not a stretch to say most of us would prefer to come to our own conclusions about events, rather than being told what to think. But when we don’t know how to spot media bias, we may end up being swayed or manipulated in one direction or the other. A video shared on social media illustrates how difficult it can be to think for ourselves if we don’t approach the modern media landscape with a critical eye.

Erick Erickson is a conservative writer who heads up The Resurgent, which AllSides rates as having a Right media bias. He posted a video to Twitter in November 2019 that splices together left-leaning cable news media anchors and commentators who, from 2017 on, repeatedly refer to news surrounding President Trump and impeachment with terms like “bombshell,” “tipping point,” “beginning of the end,” and “feeling the walls closing in on him.” We can't embed the video, so you'll have to watch it over on Twitter or click below.

Dear members of the media, if you want to understand why no one cares about impeachment and minds are not being changed, watch this and understand. pic.twitter.com/TmMKLddr0k

Now, a few things are going on here. One is that the video may be cherry-picking to prove a point. It was promoted by a right-leaning writer who is criticizing left-leaning media. Were there any times when news anchors did not use terms like “bombshell” and “breaking news” to refer to allegations related to possible impeachment? This video may be employing slant, which is when we are given only part of the story, by omitting more nuanced language and takes that cable media has circulated on impeachment news.

But the video also illustrates another feature of the media to be aware of: how word choice has the potential to radically alter our perception of events.

This video is pointing out sensationalism, a form of media bias in which information is presented in a way that gives a shock or makes a deep impression, using dramatic language.

We see this in the news media all the time. A reporter from one publication may write about an “explosive allegation,” while another publication may refer to it as merely “an allegation.” Words can be used to downplay, inflate, or neutralize events, facts, and stories.

In this case, hearing something referred to as a “bombshell” might give one the perception that the news story is very important, shocking, or extremely noteworthy. And you may even agree with that characterization and find it fair. However, it is still a characterization. The absence of a qualifier like “explosive” may give someone a very different takeaway, or none at all.

Journalism is a tricky profession because it forces us to constantly confront the question: What is the truth? Is this story really explosive and shocking, and would a reasonable person agree? How could we even measure such a thing, when our takes and perceptions vary so wildly?

This is why getting multiple perspectives on the news is so important. There’s nothing inherently wrong with bias; we all have our perceptions, prejudices, leanings, and partialities. Bias is part of being human, and the media is made up of humans. You may very well agree that the impeachment proceedings have been “bombshells” and that the walls are indeed closing in on Donald Trump. That’s fine, and it’s not necessarily wrong to think that. However, being manipulated into thinking that is where the trouble comes in.

When we don’t know how to spot media bias or when we continually get only one side of the story, we cannot make a conscious decision about what we think. We become automatons, just repeating whatever we last heard. Being a smart media consumer means exposing ourselves to different perspectives and being open to changing our view.

This is no easy task, especially in a 24/7 media environment. But AllSides tries to make it easier. We outline some of the ways media can alter our perception in our guide to 11 Types of Media Bias. We also work every day to make sure you aren’t being fooled by media bias and fake news — via a balanced news feed, media bias ratings, and real conversation with people who may disagree, so you can get multiple perspectives and decide what you think for yourself.

What are your thoughts — is the media employing sensationalism in impeachment news, or do impeachment stories warrant such language? Do videos like this help or hurt our understanding of the media landscape? Let us know what you think on Facebook or Twitter.

This piece was reviewed by Henry A. Brechter, AllSides' Daily News Editor. He has a Center bias.