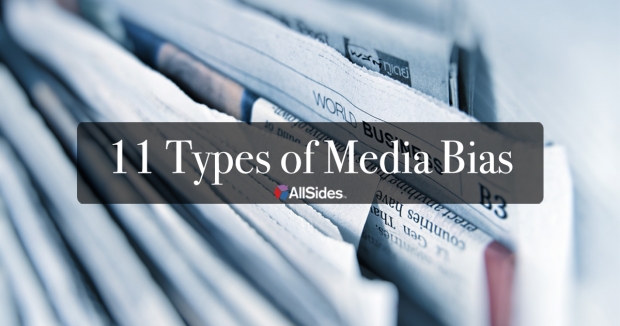 Tuesday, December 10th was a busy day in the news media, with Democrats announcing two articles of impeachment and President Trump taking major steps toward a new NAFTA, one of his core campaign promises.

But around 2 p.m. EST that day, the “top story” was totally different depending on which side of the news you were reading. This is the result of a common form of bias seen in the news media — bias by story placement (zoom to view specific stories): 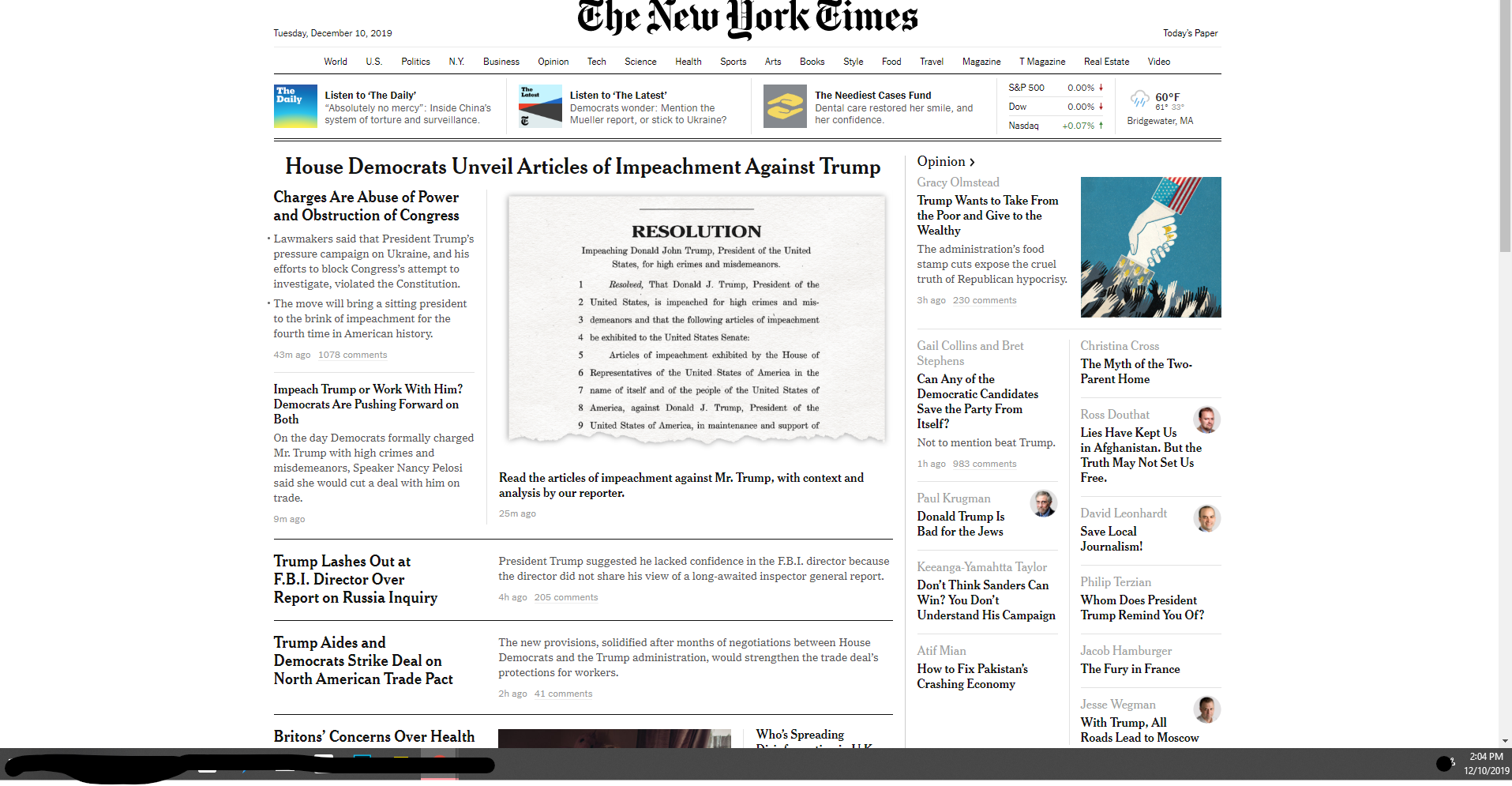 The New York Times placed the impeachment articles in the top spot, with stories on Trump’s reactions to the progressing report on the FBI’s Russia probe and the new trade deal mentioned in secondary positions near the top of the page. The top story spans a majority of space relative to the other news stories on the page. 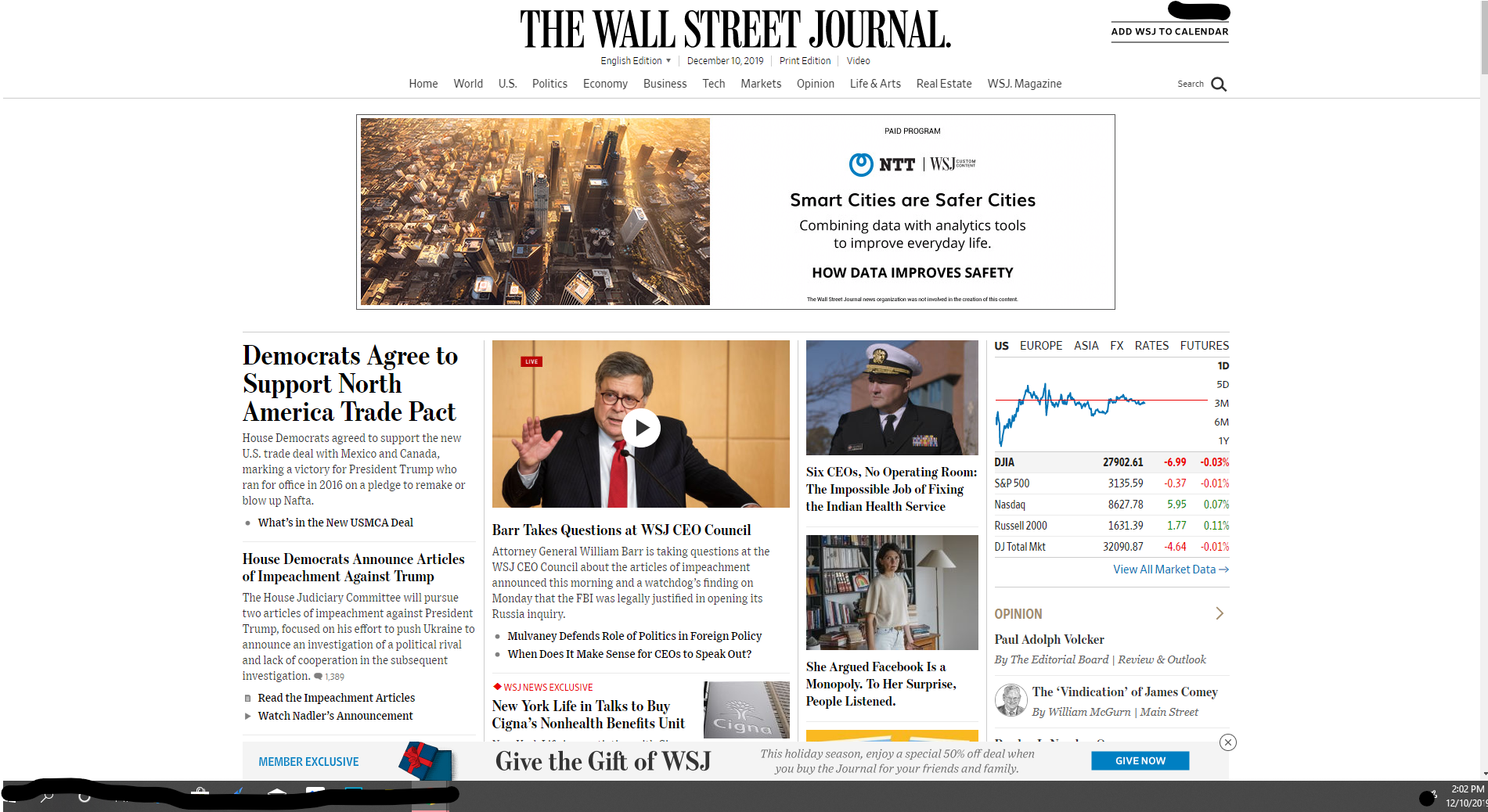 The Wall Street Journal’s biggest story was news of the trade pact, with a story on Attorney General William Barr’s appearance at the WSJ CEO Council Tuesday morning right next to it, and mention of the impeachment articles directly below it. Here, there is less size difference between the major and secondary stories. 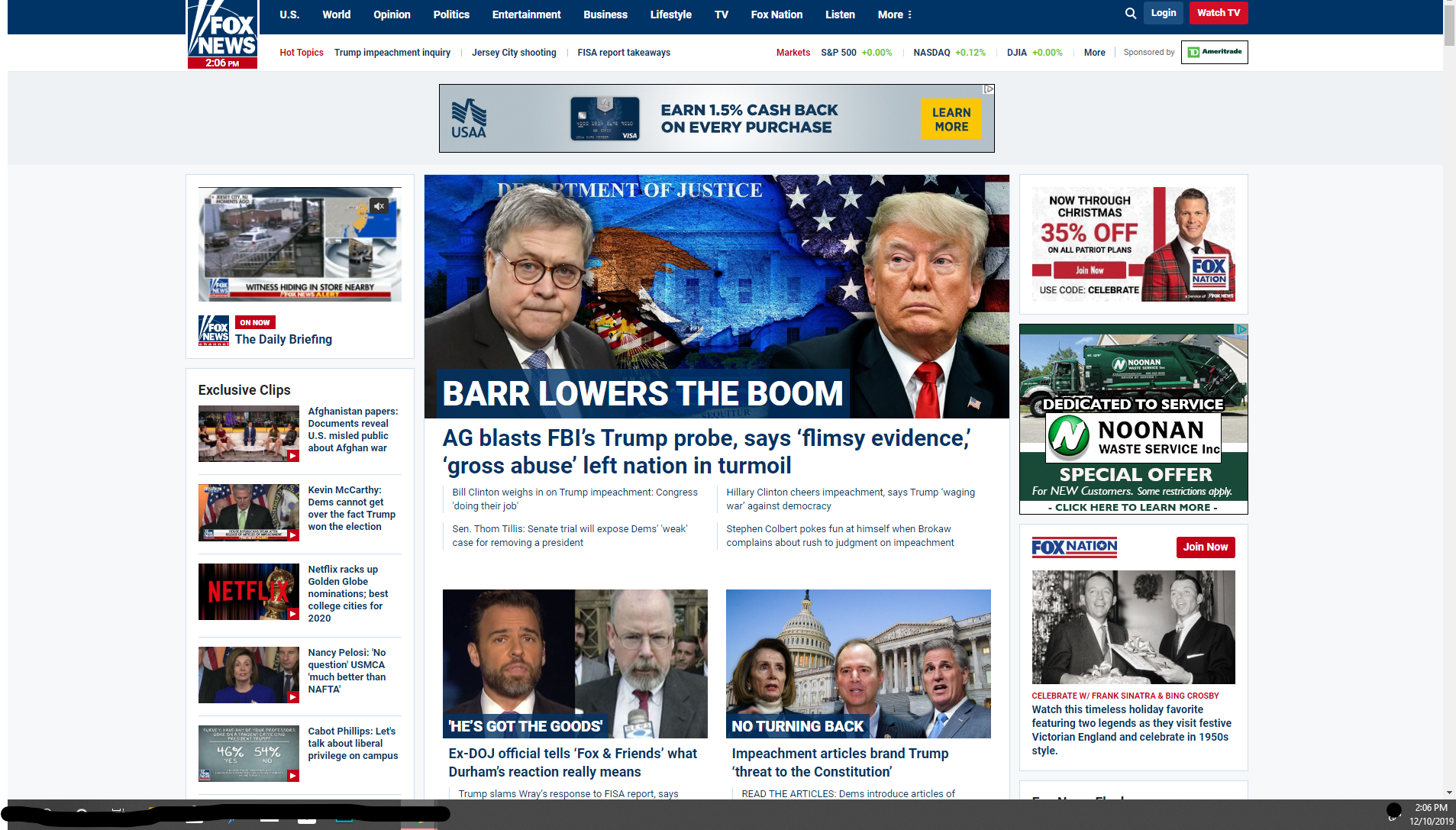 Fox News’ main story was Barr’s reaction to recent developments on the ongoing look at the FBI’s Russia probe. An additional story on that same topic and a story on the impeachment articles were located right under it, with mention of the trade deal on the left sidebar. As with the Times, we see a significant size difference between the top story and secondary stories.

The differences are in line with the AllSides Media Bias Ratings for these outlets. The left-leaning source is focusing on stories that are more critical of Republicans and supportive of Democrats; the right-leaning source is doing the exact opposite; and the center-rated source is seemingly giving each side similar exposure.

It’s important to consume news from multiple sources to diversify your perspectives. Instead of subscribing to one point of view, jump around to different sides of the spectrum and choose what the day’s most important stories are for yourself.

Henry A. Brechter is the Daily News Editor at AllSides. He has a Center bias.