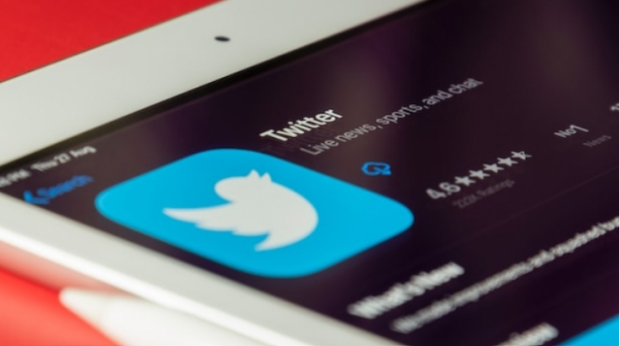 Ever since Elon Musk took over as owner and CEO of Twitter in late October 2022, he’s been the subject of media attention and criticism.

About a week after acquiring the company Musk fired half of Twitter’s workforce. Most recently, Twitter employees have been resigning en masse and Twitter offices have been closing temporarily to accommodate the exodus of employees leaving.

In their coverage of the situation, outlets on the left and right showed bias through sensationalism and omitting source attributions.

Since Musk bought Twitter, he’s implemented several changes purportedly aiming to make the company more competitive. Among them was a new policy requiring users to pay $8 a month for a blue checkmark representing that the user is verified. This policy resulted in many users buying the blue check and changing their names to famous companies and public figures, falsely impersonating them. Musk has since suspended the policy.

He also stated an intent to revise the 280-character limit policy. Last week, Musk reportedly sent an email asking employees to commit to an “extremely hardcore” culture that involves “long hours at high intensity” or leave with severance, the Verge reported. A Fortune reporter tweeted that “roughly 75% of the remaining 3,700ish Twitter employees have not opted to stay after the “hardcore” email.” Two days later, Musk reportedly emailed remaining employees asking them to send a summary of what their code had “achieved” as well as “up to 10 screenshots of the most salient lines of code.” Onlookers then began to express concern that Twitter wouldn’t survive long enough to see the change, pointing to rapid resignations and office closures.

While it is unclear the exact reason employees are choosing to resign, the recommitment policy is the main reason proposed by media sources.

Musk included in an earlier email that employees could no longer work from home unless they prove they are exceptionally valuable to the company or receive an exemption signed by Musk.

According to the New York Times, Musk laid off about 3,700 employees (half of Twitter’s workforce) before sending out his recommitment policy to the remaining staff, which some predict will shrink the staff down to as little as 1,000 employees. Other Silicon Valley companies are also cutting staff with Meta expected to lay off 11,000 employees and companies like Microsoft and Shopify set to lay off 1,000.

Musk also reportedly locked Twitter’s offices and deactivated employee ID cards until Monday, November 21, to avoid the risk that employees could sabotage the company on their way out.

On the morning of November 18, #RIPTwitter was trending as the no. 1 trending topic on Twitter. Among the reactions were memes about Twitter’s death as well as many messages of appreciation for Twitter employees leaving the company. There were concerns that the staff cuts could result in Twitter becoming more vulnerable to hacking and would stop enforcing policies such as copyright protection. One man went viral for projecting a message criticizing Musk as a "mediocre manchild, pressurized privilege, petty racist, megalomaniac, worthless billionaire, bankrupt baby, supreme parasite, petulant pimple, apartheid profiteer," on the side of Twitter’s San Francisco headquarters.

Musk also announced his intent to find a new leader for the company early last week.

How The Right Covered It

Some media coverage of the Twitter situation from right-rated sources displayed sensationalism.

The Daily Mail (Right), Fox Business (Lean Right), and the New York Post (Lean Right), extensively covered the story, publishing at least four stories each on Elon Musk’s Twitter takeover. They reported on the loss of staff, the reaction online, the headquarters lockout, and some of Musk’s intended changes for the platform.

The Daily Mail used sensationalism in some of its headlines, in one case running, “Twitter could lose 75 PERCENT of its remaining 3,700 workers as hundreds resign overnight: Ruthless Elon Musk locks staff out of offices to stop potential 'sabotage' and trolls critics including AOC.” Using the word “ruthless” gives a negative emotional connotation.

The article further stated, “He [Elon Musk] brushed off the exodus and subsequent panic, cracking jokes and trolling critics like AOC.” Again, panic is a  subjective and charged word to describe the resignation of Twitter employees.

It also stated, “Now, the 1,000 who are said to remain, have been locked out of their offices until Monday at least over fears they could sabotage the site. There are also genuine fears online that with the mass exodus of engineers who prop up the site, it may soon start to fail.” The use of genuine is a subjective term; using it here may indicate to the reader that the second set of fears — about Twitter’s failure — is more genuine than Musk’s fears about sabotage.

In another Daily Mail article, the outlet omitted source attribution. The article states, “Musk has decided to close the offices over fears the disgruntled staff could sabotage the company, according to reports,” but does not link to any reports or provide further explanation about where the reports came from.

Multiple outlets on the right also covered Musk’s public fight with an employee of Twitter on Twitter, a dispute that resulted in the employee being fired. This was not covered as much on the left, so could be seen as an example of story choice bias.

How the Left Covered It

Media coverage on the left displayed weak or complete omission of source attribution and subjective adjectives.

An article from NPR (Lean Left Bias) described Musk’s ultimatum email as “combative” and stated that “Musk wrote that he values engineers over designers.” The use of “combative” is a subjective assessment of Musk’s mood. Additionally, “value” was not a word used in the email, so this was also an interpretation by the journalist.

An article in CNN Business (Lean Left Bias) omits a source attribution. It cites “many critics” as describing Musk’s decisions to cut the Twitter workforce as “slapdash,” but does not specifically state a source for that critique. The article is relying on the avalanche of negative coverage regarding Musk and Twitter as sufficient evidence of critics. It may very well be true, but it is still not backed up by concrete sources.  CNN also used sensationalist words in its headline (emphasis ours): “Twitter chaos spills into public view as Musk clashes with and fires employees on the platform.”

An article in Bloomberg (Lean Left Bias) cited “people familiar with the matter” to state that more employees had quit than Musk expected and that the exodus of workers had put Twitter’s operational integrity at risk. While citing anonymous sources is not uncommon, by not indicating the position of the source — such as whether they were inside the company or had first or secondhand knowledge of the matter —  the credibility of the report, which is making an inference about  Musk’s thoughts, is undermined.

An article in The Guardian (Lean Left Bias) stated that it was “unclear” how many employees had opted to quit Twitter but stated it “could be as many as 50% of the company.” This estimate is not a departure from other reports, but this article does not back that number up with a source and goes on to make statements about the company with that estimate in mind. “Could be” signals a subjective statement.

Get All Sides by Reading Balanced News

Both sides of the spectrum extensively covered Twitter’s developments under Musk’s leadership. They were also both apt to use subjective terms in their reporting such as ruthless, panic, and combative, displaying bias against Musk’s leadership.

For more analysis of biased news coverage on important stories, keep up with our Media Bias Alerts. Recently, we’ve also analyzed bias in coverage of Biden saying his age is a “legitimate concern” for voters.

This blog was written by Clare Ashcraft, the Bridging & Bias Assistant at AllSides, and Isaiah Anthony, News Curator at AllSides. Both have a Center bias.