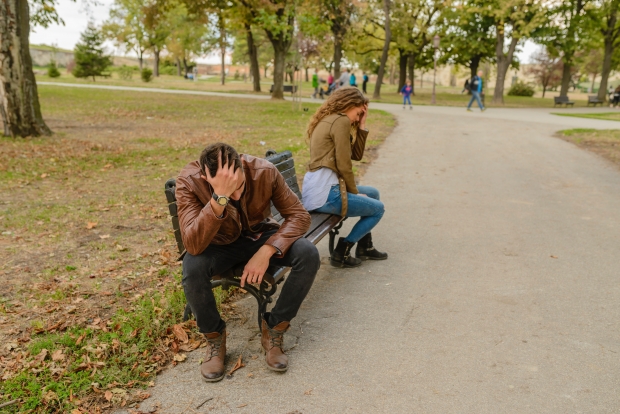 In our increasingly polarized age, it has become commonplace to attribute our political opponents’ beliefs to their irrationality. Advancements in psychology seem to validate this view: we are prone to confirmation bias, engage in motivated reasoning, and become self-insulated in social media information bubbles and echo chambers, etc.

As a result, society becomes more polarized, with people on both sides of the aisle increasingly refusing to engage in dialogue with others because they think of them as being irrational and impervious to changing their opinions. Partisans come to believe that the other side is wrong and biased, leading to explanations that political disagreements are due to the irrationality of the other side.

However, according to Prof. Kevin Dorst of the University of Pittsburgh, blaming polarization on the irrationality of the other side (in comparison with the rationality of one’s own side) is unreasonable. Both Republicans and Democrats, conservatives and liberals, right and left, are susceptible to the negative effects of psychological biases and the factors that lead to polarization. In other words, each side has irrational tendencies.

Dorst argues that when we accuse the other side of being irrational, it can snowball into thinking the other side is less intelligent, and it can lead to demonization of opponents. For example, between 1994 and 2016, the percentage of Democrats who had a “very unfavorable” attitude toward Republicans rose from 17% to 55%, and the number of Republicans with “very unfavorable” attitudes towards Democrats increased from 21% to 58%.

Among various studies showing irrationality across the political spectrum, Daniel Klein and Zeljka Buturovic asked a series of questions on economic issues in order to evaluate respondents’ economic literacy. What the researchers found was that, “when faced with proper challenges to their position…no group clearly out-stupids the others.” They continue, “‘myside bias’—the tendency to judge a statement according to how conveniently it fits with one’s settled position—is pervasive among all of America’s political groups.”

For example, almost a third of liberals incorrectly believe that the company with the largest market share is a monopoly. At the same time, more than 40 percent of conservatives disagreed with the statement “A dollar means more to a poor person than it does to a rich person.”

In 2016, Prof. Peter Ditto of the University of California commented, “What we find is both sides are equally biased in their own direction.”

Irrationality shows itself not only in economic literacy but also conspiracy theories. As Ilya Somin noted in Forbes, a 2010 poll showed that 36% of Republicans believed that Barack Obama was not really born in the United States, and a 2007 poll found 35% of Democrats endorsed a conspiracy theory that George Bush knew about the 9/11 attacks in advance.

Why do both Democrats and Republicans show irrationality?

Public policy is complex, and it is much easier to follow the party line on issues we are not very familiar with or do not care much about than examine them more deeply. This is why, for example, Professor George Cohen of Yale found “both Democrats and Republicans like the same policy better when they’re told it’s supported by their own party.” Thus, negative attitudes towards political opponents could be more the result of emotional attachment to one’s group rather than difference in opinions or awareness of certain facts.

Our tendency to psychological biases and prejudices is the result of what economist Herbert Simon called bounded rationality: because of evolutionary pressures and our inability to understand reality in its entirety, we produce mental shortcuts and distortions which help us navigate a complex social world.

The world is complex and uncertain, and our minds always crave certainty and meaning. When this is not available through rational means, people resort to shortcuts and heuristics, which offer simple and complete explanations for complex phenomena.

Being Aware of Our Side’s Irrationality, Too

The fact that people on both sides of the aisle are prone to this effect is a testament to the argument that we should not blame irrationality of our political opponents without being aware of irrationality on our own side as well.

It is incorrect to assume that “my” side is the right one and infallible. This kind of intellectual self-confidence and conceit should be avoided. People on all sides of the political spectrum fall prey to irrationality and cognitive biases.

This piece was edited by News Editor Micaela Ricaforte (Center bias), and was reviewed by James Coan (Center) of Braver Angels. Correspondence can be directed to james@allsides.com.