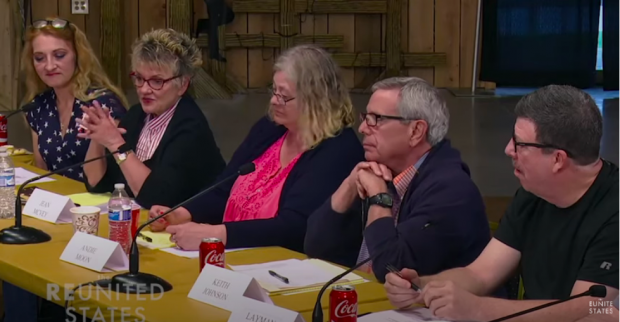 What happened when Trump voters and Clinton voters got together in the same room after the 2016 election?

Bill Doherty is the co-founder of Braver Angels, which runs workshops, debates, and other events where "red" and "blue" participants attempt to better understand one another's positions and discover their shared values.

Doherty is a professor at the University of Minnesota and a practicing marriage and family therapist. He plays a unique role in the bridge-building community when it comes to healing political divisions. He has appeared in a wide range of national media outlets about this issue, including Oprah, The New York Times, USA Today, Time, major network morning shows and evening news programs, and NPR's Talk of the Nation.

In this episode of “Everyday Heroes,” Bill talks about how he was tasked with creating the very first Braver Angels workshop, which now has scaled to over 1,000 workshops and tens of thousands of participants nationwide.

Everyday Heroes profiles civic pioneers across the USA who are creating novel solutions to polarization. It’s a companion series to The Reunited States, an acclaimed feature documentary executive produced by Van Jones and Meghan McCain. The film follows everyday Americans seeking to bridge our political and racial divides. The Reunited States is available on Amazon Prime free, and everywhere on demand.