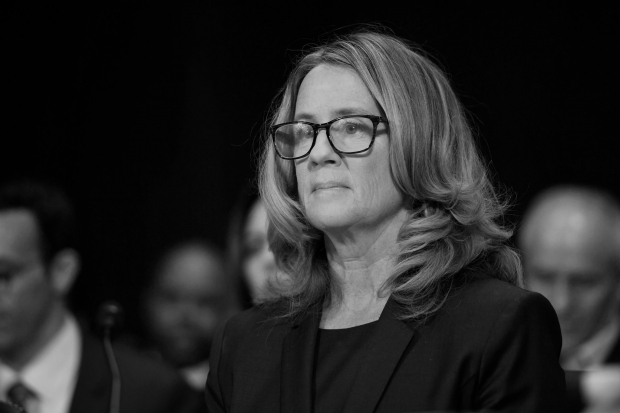 Both Christine Blasey Ford and Brett Kavanaugh on Thursday delivered emotional testimony about allegations of sexual assault against the judge, sending waves through Washington as lawmakers grapple with whether or not he should be confirmed to the Supreme Court.
Ford's supporters say that her accusations as well as Kavanaugh's defiant temperament while testifying disqualify him from holding a lifetime appointment on the high court, while Kavanaugh's supporters argue that his anger is justified and that he must be confirmed, as Ford's claims lack corroboration. The hearings represented a rift along party lines, with Republicans accusing Democrats of sitting on Ford's allegations to orchestrate a political hit, and Democrats blaming Republicans for failing to initiate an FBI investigation.
Senators on the Judiciary Committee voted along party lines on Friday to send Kavanaugh's nomination to the floor, although the Senate is reportedly considering a week delay to complete a brief FBI probe, with the request coming from GOP Sen. Jeff Flake.
Take a look at our article on the media coverage surrounding Brett Kavanaugh's confirmation process. We'll continue to update it as events unfold.
And check out some other big stories this week: Yellowstone Grizzly Bears Returned to Endangered Species List, President Trump Addresses the United Nations, and PA Lawmaker Proposes Banning Certain Political Discussions From Classroom.
Snippets from the Left
Why Brett Kavanaugh Wasn’t Believable
New York Times Editorial Board
"What a study in contrasts: Where Christine Blasey Ford was calm and dignified, Brett Kavanaugh was volatile and belligerent; where she was eager to respond fully to every questioner, and kept worrying whether she was being 'helpful' enough, he was openly contemptuous of several senators; most important, where she was credible and unshakable at every point in her testimony, he was at some points evasive, and some of his answers strained credulity.
Indeed, Dr. Blasey’s testimony before the Senate Judiciary Committee on Thursday was devastating.
...
Judge Kavanaugh’s defiant fury might be understandable coming from someone who believes himself innocent of the grotesque charges he’s facing. Yet it was also evidence of an unsettling temperament in a man trying to persuade the nation of his judicial demeanor.
...
On Thursday, he gave misleading answers to questions about seemingly small matters — sharpening doubts about his honesty about far more significant ones. He gave coy answers when pressed about what was clearly a sexual innuendo in his high-school yearbook. He insisted over and over that others Dr. Blasey named as attending the gathering had 'said it didn’t happen,' when in fact at least two of them have said only that they don’t recall it — and one of them told a reporter that she believes Dr. Blasey."
Snippets from the Center
Stark Divide, Raw Emotion in Kavanaugh-Ford Hearing
Wall Street Journal
"Supreme Court nominee Brett Kavanaugh and Christine Blasey Ford, who accused him of sexual misconduct, testified for a combined eight-plus hours in an often-wrenching hearing Thursday that highlighted and exposed many of the raw divides in the nation.
The hearing, before the Senate Judiciary Committee, illustrated stark contrasts between the GOP’s desire to advance Judge Kavanaugh’s nomination as soon as next week and Democrats’ push to register their displeasure with the way the process has been handled in the context of the #MeToo movement that has become a major factor in politics as the November elections approach.
...
Republicans avoided attacking Dr. Ford directly and set their aim on Democratic lawmakers, accusing them of withholding information about her allegations until the near-final stages of Judge Kavanaugh’s confirmation hearing. In response, Democrats pressed for an FBI investigation in the matter.
At stake in the hearing was the fate of a Supreme Court pick who could deliver a conservative tilt to the court for decades. The near-term political stakes were also high, as Republicans battle to keep their majorities in the House and Senate this fall."
Snippets from the Right
Confirm Kavanaugh
National Review Editorial Board
"The Senate should elevate Judge Brett Kavanaugh to the United States Supreme Court. Thursday’s hearing was at times compelling, at times emotional, and at times frustrating. At no point, however, was it transformational. When the day started, there was no corroborating evidence behind any of the charges leveled against Kavanaugh. That remains the case now.
...
At various points during this saga it has been suggested that, irrespective of their veracity, the allegations against Kavanaugh could 'cast a shadow on the Court.' If permitted to stand, this view would bring untold peril to our public life. 'I have accused you,' any opponent would be able to say, 'and that fact renders you ineligible for this position.'
Two weeks ago, what we knew of Judge Kavanaugh suggested that he is a man of immense talent, impeccable temperament, and excellent character. Nothing that has happened in the intervening days, certainly not Kavanaugh’s warranted anger today, has altered our view. 'Judge' and 'Defendant' are two wholly discrete roles, which is why judges recuse themselves when their personal affairs and those of the court intersect. In support of his innocence, Judge Kavanaugh has today’s testimony, and the reams of information provided over the last two weeks. In support of his suitability for the role for which he has been proposed, he has his life’s work. The Senate should confirm him — and without delay."
Discover more on this topic on AllSides.
Supreme Court, Sexual Misconduct, Brett Kavanaugh, Christine Blasey Ford, US Senate, Story Of The Week, News