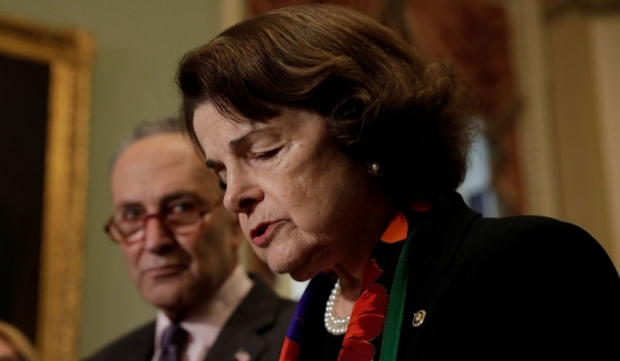 Brett Kavanaugh was confirmed to the Supreme Court on Saturday after a fierce partisan battle that reverberated throughout the country.
Kavanaugh's supporters say that he was rightly elevated to the high court, with some asserting that the Democrats' politicization of his confirmation process will backfire and help the GOP in the midterm elections. Others counter that the saga will catapult liberal politicians to U.S. Congress, with opponents criticizing Kavanaugh's partisanship in his testimony to the Senate Judiciary Committee and arguing that his confirmation will damage the legitimacy of the Supreme Court for years to come.
We've recently updated the media bias ratings for The New York Times, Wall Street Journal, Vox, and more.
And check out some other big stories this week: Trump Criticizes Democrats for "Medicare For All" Proposal, Supreme Court Lets North Dakota Voter ID Law Stand, and Economy Added 134,000 Jobs in September, Unemployment Falls to 49-Year Low.
Snippets from the Right
The Democrats’ Kavanaugh Gambit Will Swing the Midterms to the GOP
National Review
"This is impetuous, but I think the electoral map has changed with the Kavanaugh decision. The Democrats avoided direct confrontation and tried to sandbag the nominee by a late allegation of sexual assault from 30 years before.
...
Because of the superb handling of the challenge, though it arose late and suddenly, by Trump, Senate leader McConnell, and Senate Judiciary Committee chairman Grassley, the Republicans avoided anything offensive to women, avoided arousing further sympathy for the complainant, Christine Blasey Ford, by having her questioned by a special examiner, an Arizona female prosecutor with a background in this area (Rachel Mitchell), and made no effort to discredit the witness or exploit the several implausible elements of her testimony. But it was established that there was no support of any kind for her allegation.
...
I predict that this bifurcation between the administration and the Republican leaders in the Congress, who treated the Ford allegations and the Never Trumpers and moderate Democrats seriously, and the bulk of the Democrats exploding in wrathful endorsement of conviction-by-denunciation, will tip the political scales for the Republicans. No matter how intimidated many may be by angry and emasculative feminism, the great majority of Americans are in favor of a reasonable facsimile of due process, especially when all the Law and Order, jail’em, flog’em, lynch’em group like the president a lot better than the Democrats anyway."
Snippets from the Left
The Supreme Court celebrates its own corruption
Washington Post
"It’s no wonder justices want to preserve the non-politicized credibility of their institution. Americans should want that, too, and it would be a disaster if Kavanaugh were turning even relatively routine cases like Tuesday’s into referendums on Trump or the Republican Party, or if justices from opposite parties were refusing to speak to each other on principle. But acting as if the absence of that obvious partisanship is a sign that all is well is dangerous, too.
There is an interest in maintaining the legitimacy of the court. But there is an interest in maintaining the legitimacy of any institution — especially to those who are part of it, or part of the system it operates in. And that interest often ends up sheltering institutions that could benefit from being bashed around a bit.
The Supreme Court, right now, is one of those institutions. Maybe that means restoring the 60-vote confirmation threshold, maybe it means imposing term limits, or maybe it means adding more justices to the bench. But something has to happen so that the political imperative to ram through an antiabortion justice is less likely to override the moral imperative to listen to a woman when she says, with credibility, that a man assaulted her. And if Americans are fooled into thinking everything really is okay, nothing will happen at all."
Snippets from the Center
Brett Kavanaugh sworn in as Supreme Court justice, cementing conservative control
USA TODAY
"Brett Kavanaugh was sworn in as the 114th Supreme Court justice in a private ceremony Saturday just hours after the Senate voted to confirm him, solidifying conservative control of the highest court in the land for years to come and ending a bitter battle over his nomination
...
Kavanaugh's confirmation was not just a chance for Republicans to shift the court to the right for what could be decades. It was also a test of how public officials responded to the raw emotions unleashed by the #MeToo movement amid accusations from Christine Blasey Ford that Kavanaugh had sexually assaulted her when they were teens. He said the incident never happened.
That controversy will likely be scrutinized even further with the Nov. 6 midterm elections a month away, giving Democrats have a chance to take control of one or more chambers of Congress.
...
Kavanaugh's confirmation was marked by mudslinging from both sides that divided the nation even deeper, but there was one thing both Democrats and Republicans agreed one: It was an ugly process that shouldn't be repeated."
Discover more on this topic on AllSides.
Supreme Court, Brett Kavanaugh, Political Polarization, Christine Blasey Ford, Elections, Midterms, Midterm Elections, Story Of The Week, News