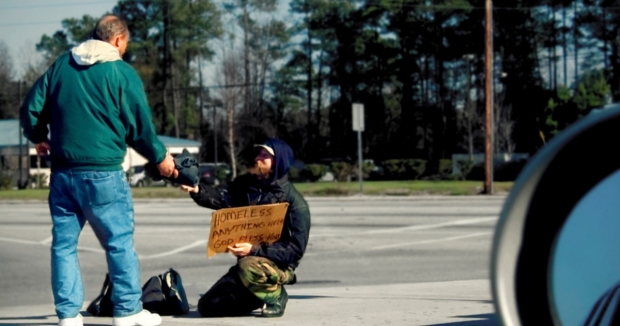 We know the stereotypes of “bleeding heart” liberals, compared with conservatives who are supposedly less caring. But what does academic research say on the topic of which party is more compassionate?

According to research published by Dr. Meri Long of the University of Pittsburgh, Republicans and Democrats were equally compassionate, though recent communication with Dr. Long suggests that changes since the original research was conducted may complicate the story.

Compassion is defined by many psychology researchers as “concern for others in need and a desire to see others’ welfare improved.” In Dr. Long’s full dissertation research, she measured levels of compassion through surveys and broke responders into groups based on expressed levels of compassion. Within a couple of the groups, Republicans and Democrats had equal levels of compassion, and the overall compassionate scores among both parties were statistically indistinguishable.

How Compassion and Political Attitudes Interact

Levels of compassion predicted Democrats’ policy views on a wide range of topics, including government assistance to the poor or opposition to the death penalty. Yet compassion did not predict much about Republican support for policy issues, except on the subject of abortion, where it was observed that more compassionate Republicans were more likely to be pro-life, seeing the position as protecting the lives of the unborn.

Ideology and attitudes can often lead to policy differences, even when levels of compassion are similar. For instance, according to a 2019 poll conducted by the Pew Research Center, 71% of Republicans believe that “government is doing too many things better left to businesses and individuals.” So even a compassionate Republican would not necessarily believe that government intervention is an effective way of improving the welfare of others. Instead, Republicans may help vulnerable members of society in ways other than government intervention, such as through charitable donations.

The Importance of Party Leaders, and a Complicating Factor

Dr. Long found that “voter attitudes about the role of compassion in politics are shaped not only by personal philosophy, but by party leaders.” One reason Democrats are more likely to connect compassion to political preferences is due to the most frequent compassionate messages they hear from party leaders.
The original research was conducted using four waves of the General Social Survey through 2014.

Yet Dr. Long noticed a potential change when she commissioned a YouGov survey in spring 2016. The survey was conducted a few days after all the other Republican candidates except for Donald Trump had dropped out of the race, making him the presumptive nominee.

Dr. Long noted that Republicans in experiments have been responsive to compassionate messages from leaders. They were “moved to be more welcoming to immigrants and to support state help for the disabled” when their leaders used compassionate political language. George W. Bush’s brand of “compassionate conservatism” from the 2000 presidential election is an example of Republican rhetoric emphasizing compassion.

In a recent email exchange, Dr. Long suggested that with Donald Trump’s presence the last four years, there may be Americans who have switched party affiliations that align better with their levels of compassion. She mentioned that some conservative and evangelical women have been turned off by policies such as family separation at the border, and she recognized that President Biden uses a lot of language that appeals to compassion, potentially even more than some other Democratic leaders.

Nevertheless, she was not sure if there has been political sorting of Democrats and Republicans by levels of compassion.

Overall, it is generally a slippery slope to use people’s political views as a measure of how compassionate they are. People are complicated and have beliefs and emotions that extend far beyond their partisan affiliation.

While more research could clarify whether levels of compassion today across party lines are still similar, it is inappropriate to simply assume one party is vastly more compassionate than the other. In a quest for a more united society, political views should be seen as just that — political views — rather than as an indictment of a person’s character.