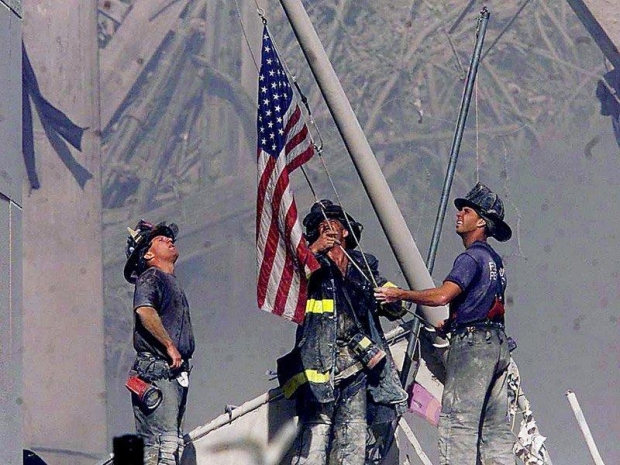 In times of utter devastation, humans rally together. At one point, this also applied to news organizations, with tragedy providing impetus for fair and humane reporting. In 2017, that sounds like a near impossible task for the media. However, on September 11, 2001, exactly 16 years ago, journalists rose to the occasion.

A Pew Research Center survey comparison attests to this success — at least, in the court of public opinion. The first study, conducted days prior to the terrorist attacks, showed a fairly grim assessment of the press, with a mere 43% of respondents asserting that it “stands up for America.” Only 46% believed it was successfully protecting democracy. In November, following the public’s reaction to 9/11 press coverage, those numbers had risen to 69% and 60%, respectively. 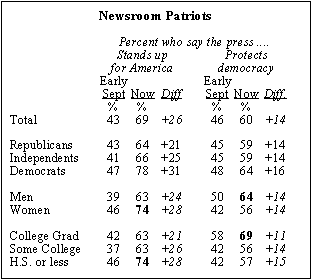 What’s more, a pre-9/11 survey showed that 59% felt the media were politically biased, but immediately following the attacks, that sunk to 47%. In July of 2016, Pew found this number had risen again — this time, to 74%.

America certainly has had no shortage of awful events in recent years, with terrorist incidents occurring on what seems like a semi-regular basis. However, reactions from the media are no longer characterized by unity, but of the opposite — defiant partisanship.

Take the June 2016 shooting at the Orlando Pulse, a gay nightclub, which left 49 dead and 58 injured — the worst mass shooting in American history. Certainly an act of domestic terror.

Yet the response was anything but unifying, with media outlets across the aisle seizing the chance to defend a partisan narrative. At the time of the attack, I was working in defense contracting and was staffed abroad at a NATO exercise. The day after the shooting, I remember talking with a colleague — a member of the Armed Forces — who had watched the coverage roll in that morning. He shook his head in disgust, so vexed was he that the media would use a terrorist incident as an opportunity to debate LGBT rights.

On the Left, Charles Blow penned an op-ed for the New York Times in which he described the assailant, Omar Mateen, not as a terrorist, but as an “American monster” — a product of the nation’s “cultural toxicities,” such as the “toxic political culture, toxic male culture and toxic anti-LGBT culture.” And on the Right, the Washington Examiner ran a piece in an apparent attempt to bolster Republican presidential aspirations, claiming the attack “sent shockwaves throughout the LGBT community and forced many to change their support from Hillary Clinton to Donald Trump.”

The bickering didn’t — and hasn’t — stopped there, with terrorist incidents seeming to spark a fiercer devotion to political outrage than to distilling the facts of the events themselves. “Islamists could not have a better friend in the White House had they put one of their own there,” wrote Cal Thomas for Fox News, in response to former President Obama’s refusal to reference radical Islamic terrorism. And in a piece for Vox, Emile Nakhleh makes the counterargument, saying that “avoiding the phrase isn't ‘politically correct.’ It's strategic.”

This hyperpartisanship is certainly not exclusive to terrorism, with Hurricanes Harvey and Irma becoming the newest surrogates in the climate change debate.

“As the US comes to terms with its second major weather disaster within a month, an important question is whether the devastation caused by hurricanes Harvey and Irma will convince Donald Trump and his administration of the reality of climate change,” writes the Guardian from the Left. And from the Right, The Daily Caller draws a queasy comparison between ISIS and liberals, arguing that the Left’s climate change advocacy is on par with terrorists in their efforts to advance “emancipation from all remnants of the Christian moral framework.”

With this banter commonplace, it’s no surprise the American people feel alienated by the media — an institution meant to serve them.

And there may be no day in history that best illustrates this quandary quite like September 11th. Media coverage of the event in 2001 was lauded as a positive force for society, but as each year ticks on, the anniversaries mounting, it seems we’ve forgotten that.

Today, from opposing ends of the spectrum, The Huffington Post compiled a list of “Donald Trump’s Tasteless Comments About 9/11,” while Ben Shapiro writes that “immigration matters” and “money can’t buy off Islamists.” The list goes on.

Perhaps 9/11 served as a split of sorts for the U.S., further cementing partisan divisions on war, terrorism and what it means to be a true American. But this schism will certainly not close by inflaming the political divide — whether by thought, word or deed.