US Launches Airstrike Against Iranian-Backed Militia In Syria

On Thursday the U.S. military carried out an airstrike in Syria against a structure reportedly belonging to an Iran-backed militia, in a response to attacks on U.S. targets in Iraq. Multiple structures apparently belonging to the Iraqi border-based Shia militia groups, Kata’ib Hezbollah and Kata’ib Sayyid al Shuhada, were struck. Both groups are suspected of having received funding and military support from Iran’s Islamic Revolutionary Guard. An official told Reuters that President Joe Biden approved the strike, making it the first known military action by the new president, who had previously emphasized intent to focus on China and Russia. "These strikes were authorized in response to recent attacks against American and coalition personnel in Iraq, and to ongoing threats to those personnel," Pentagon Press Secretary John Kirby said Thursday.

The story received coverage from outlets across the political spectrum. Some outlets from the right and center compared Biden's Iran approach to that of former President Donald Trump.

US Launches Airstrike Against Iranian-Backed Militia In Syria 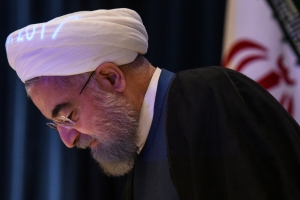 The U.S. military carried out an airstrike against an Iranian-backed militia stronghold in Syria Thursday, a senior official told Fox News.

Both forces are suspected of having received funding and military support from Iran’s Islamic Revolutionary Guard. 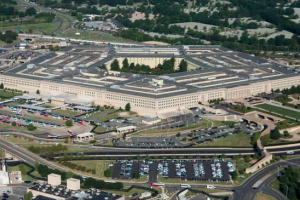 The United States has reportedly carried out an airstrike in Syria against a structure belonging to what it said were Iran-backed militia, according to multiple news outlets that cited Pentagon officials.

The strike on Thursday comes after a series of recent rocket attacks against US targets in Iraq.

The strike was approved by Joe Biden, and carried out in order to damage the group’s ability to wage future attacks, according to officials who spoke anonymously with Reuters and Politico. 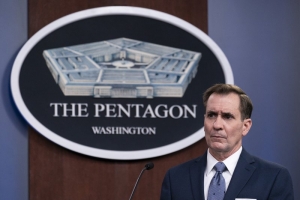 The United States launched airstrikes in Syria on Thursday, targeting facilities near the Iraqi border used by Iranian-backed militia groups. The Pentagon said the strikes were retaliation for a rocket attack in Iraq earlier this month that killed one civilian contractor and wounded a U.S. service member and other coalition troops.

The airstrike was the first military action undertaken by the Biden administration, which in its first weeks has emphasized its intent to put more focus on the challenges posed by China, even as Mideast threats persist.

Which Critics Will Biden’s Proposed Military Budget Anger Most?
ANALYSIS

In a move that will upset some on the left wing of his party, President Joe Biden is requesting $753 billion for national defense, a 1.7 percent increase over...

The United States and Iraq concluded talks Wednesday on America’s troop presence here, issuing a joint statement that emphasized the growing capacity of the...

The US will continue to support Afghanistan after withdrawing all US troops, but not "militarily," President Joe Biden has pledged. "It is time to end...

Biden set to withdraw U.S. troops from Afghanistan by Sept. 11

President Joe Biden plans to withdraw the remaining 2,500 U.S. troops from Afghanistan by Sept. 11, 2021, 20 years to the day after the al Qaeda attacks that...

Biden to Withdraw All Troops from Afghanistan by September 11

President Biden has decided to withdraw all American soldiers from Afghanistan by September 11, multiple outlets reported on Tuesday. Biden will keep around...

Nearly 40% Of Marines Opted Out Of The COVID-19 Vaccine

Almost 40% of eligible U.S. Marines have declined COVID-19 vaccinations, according to data the service provided to CNN on Friday. About 75,000 marines...

Republicans on Friday blasted President Biden's request for $753 billion for next fiscal year’s defense budget, saying it's not enough to counter China's...