Actress Rose McGowan said the Democratic Party is a "cult" on a Fox News appearance Monday. McGowan, best known for her acting career and for being a pioneering advocate for the #MeToo movement, said being raised in a cult gave her "the ability to see the control and the propaganda machine" in the U.S. "I do believe Democrats, most especially, are in a deep cult that they really don't know about and aren't really aware of," McGowan said, adding that Democrats are for "a system that is for so few people and benefits so few, but they masquerade as the helpers—we would do this, the world would be perfect if only those Republicans would get out of the way." After receiving criticism from the left for her interview, McGowan responded on Twitter, saying the interview caused a "cognitive dissonance" from someone who previously considered herself a Democrat, and that, "The fact that Fox News let someone like me on...is pretty f---ing extraordinary." McGowan also said that while she received backlash for calling Democrats a cult, she also said the same about the Republican Party during her interview.

From the Left
1184
Politics
Rose McGowan calls the Democrats a ‘cult,’ says people should evaluate their beliefs
Los Angeles Times 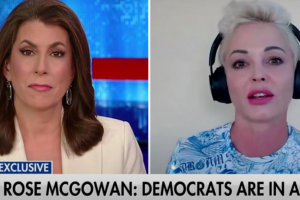 Rose McGowan says the Democratic Party is just as much of a cult as the one she was raised in.

Growing up with the Children of God “gave me the ability to see the control and the propaganda machine, especially in the U.S., for what it is and how it harms people,” the actor and activist said Monday on Fox News.

The “Brave” author called that ability a “superpower” that allowed her to see that the political left could harm people just as much as the right, if they ignore...

Read full story
Some content from this outlet may be limited or behind a paywall.
See full media bias rating for Los Angeles Times
From the Center
1184
Politics
Why Rose McGowan Thinks Democrats Are in a 'Deep Cult'
Newsweek 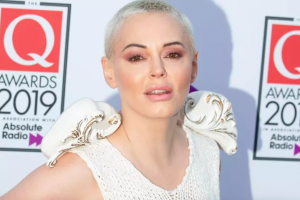 Rose McGowan has said that Democrats are in a "deep cult" in an appearance on Fox News.

The outspoken actress and #MeToo advocate discussed being able to recognize a cult having grown up in one herself, in comments that were labeled "disturbing" by critics.

"I am not here to make people feel bad about their political choices," she told host Tammy Bruce on Fox News Primetime on Monday night. "But I am here to say that you might be in a cult too if you don't know the signs. And...

Read full story
Some content from this outlet may be limited or behind a paywall.
See full media bias rating for Newsweek
From the Right
1184
Politics
Rose McGowan pushes back on critics of her Fox News appearance, gets blocked by Olbermann
Fox News (Online News) 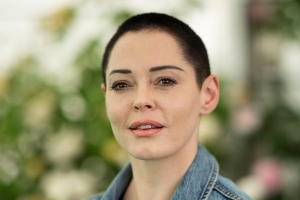 Actress and activist Rose McGowan pushed back on critics of her Monday interview on Fox News, adding that she also had to dispatch with the predisposition to avoid the network before having a constructive and amiable conversation with "Fox News Primetime" host Tammy Bruce.

"I did an interview on Fox News -- that caused so much cognitive dissonance as someone who was basically from when I stepped foot in America, a Democrat, because thats what my mother was," she said in a response video posted to Twitter. "I never questioned...