Perspectives: Should Members of Congress Be Allowed to Buy and Sell Stocks?

This week, one of the most powerful lawmakers in the U.S. defended the right of congresspeople to trade stocks. Is her stance on point or off base?

When asked about the issue on Wednesday during a press conference, House Speaker Nancy Pelosi (D-Calif.) said that "We’re a free market economy" and lawmakers "should be able to participate in that." Pelosi's own stock portfolio, which gained over $65 million in value between 2019 and 2021, has often been the subject of scrutiny. The Stop Trading on Congressional Knowledge (STOCK) Act, which was passed in 2012, is designed to combat insider trading by lawmakers, who many across the spectrum argue have too much access to inside information to be able to trade stocks ethically. In October, the Federal Reserve banned its officials from owning individual stocks. In March 2020, four senators were accused of insider trading and investigated by the Justice Department when they sold off stocks ahead of the COVID-19-induced economic downturn.

Voices across the spectrum, especially on the right but also on the left, criticized Pelosi's comments and questioned her position. Many argue that lawmakers since have access to information that the public does not, and because they also have the ability to write and pass policy, they shouldn't be allowed to buy and sell individual stocks and other assets. Some on the right highlighted silence from other progressives in response to Pelosi's statement despite their previous opposition to the practice. 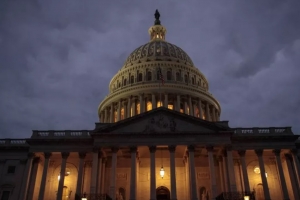 During a Wednesday press briefing, House Speaker Nancy Pelosi said that she opposes placing a ban on congressional lawmakers and their spouses from trading stock, saying "We're a free market economy," and that they "should be able to participate in that."

The issue of members of Congress trading in stock has been a point of contention in recent months, as a December 14 report by Insider identified that 49 members of Congress had failed to adequately report their financial transactions as dictated under the Stop Trading on Congressional Knowledge Act of 2012, known as the STOCK... 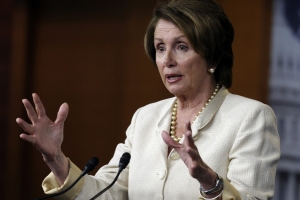 Nancy Pelosi owns more than $500,000 in Apple stock, according to her financial disclosure reports. Pelosi is also the speaker of the House. Congressional Democrats and Republicans alike have introduced multiple antitrust bills that would affect Big Tech companies.

The CEO of Apple, Tim Cook, called Pelosi personally in June and told her not to move ahead on these bills. The House Judiciary Committee passed six of these bills in June. Not one of them has seen movement on the House floor in six months, with some reports pinning the inaction on the speaker.

A question for Pelosi: Why are members of Congress allowed to trade stocks?
Paul Waldman 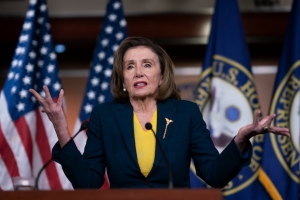 In the world many of us would like to see, we’d admire public servants of all kinds for their dedication to the country. Yet we’d also acknowledge that having a government that operates smoothly and free of corruption requires those public servants to accept some conditions on their employment they might not tolerate if they were in the private sector.

Most of the time, that’s how things do work. Members of Congress, for instance, have to file financial disclosures that are made public, which you don’t have to do if...

RED BLUE TRANSLATOR
What Great Depression (The) means to Liberals & Conservatives
News and Information about Banking and Finance
Go ad-free! Support AllSides.
About these ads