The extent of Epstein's connections to former President Bill Clinton, current President Donald Trump and Labor Secretary Alexander Acosta have provided multiple angles for news coverage. Right-leaning outlets are focusing in on discrepancies between Clinton's accounts of his interactions with Epstein and official international flight records; left-leaning voices are focusing on a secret plea deal given to Epstein by Acosta when he was U.S. attorney for the Southern District of Florida, and how that places pressure on both Trump and Acosta; outlets in the center are mostly covering all of Epstein's prominent relationships, and speculating about which other well-known people may have been involved in the alleged abuse. 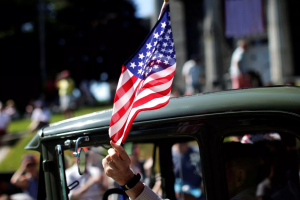 In 2002 and 2003, President Clinton took a total of four trips on Jeffrey Epstein’s airplane: one to Europe, one to Asia, and two to Africa, which included stops in connection with the work of the Clinton Foundation. Staff, supporters of the Foundation, and his Secret Service detail traveled on every leg of every trip.

That statement does not match previous reporting by Fox News that is based upon flight logs filed with the Federal Aviation Administration.... 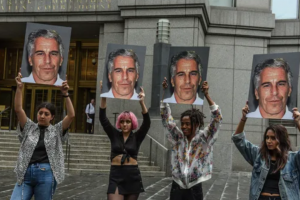 One intriguing aspect of a new criminal case against Jeffrey Epstein is that the matter is assigned to the Public Corruption Unit of the Manhattan U.S. Attorney’s Office. As its name implies, that unit typically handles cases involving public officials. Epstein is instead the billionaire money manager who socializes with powerful people such as Donald Trump, Bill Clinton and Prince Andrew.

On Monday, federal prosecutors in the Southern District of New York (SDNY) announced criminal charges against Epstein, alleging that he “sexually exploited and abused dozens of underage girls”... 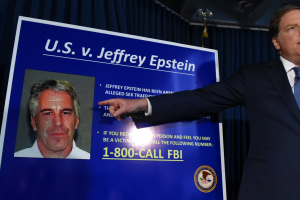 On Monday, the United States District Court for the Southern District of New York unsealed a 14-page indictment against Jeffrey Epstein, charging the wealthy financier with operating and conspiring to operate a sex trafficking ring of girls out of his luxe homes on Manhattan’s Upper East Side and in Palm Beach, Fla., “among other locations.”

Even in the relatively sterile language of the legal system, the accusations against Mr. Epstein are nauseating. From “at least in or about” 2002 through 2005, the defendant “sexually exploited and abused dozens of minor...