According to Ukraine military officials quoted by news sources across the spectrum, at least five Russian generals have been killed in Ukraine.

Lieutenant-General Andrei Mordvichev is the latest to be reported killed. This is likely the highest death rate among generals in the Russian military since World War II. The reported deaths come as Russian troops encounter logistics problems and some decline of command and control ability, according to U.S. and Western intelligence sources. Ukrainian President Volodymyr Zelenskyy alleges that Ukraine's largest cities were blockaded by Russian forces in order to create miserable conditions and starve civilians. Meanwhile, thousands of civilians attempted to flee the port city of Mariupol, where Ukraine has rejected Russia's request for surrender.

See Today’s News »   More Headline Roundups »
From the Center
314
World
‘Winging It’: Russia Is Getting Its Generals Killed on the Front Lines
Foreign Policy 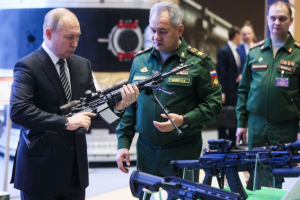 Russia has lost at least five generals fighting in Ukraine in less than a month, Western officials said Monday, as communications failures and a lack of discipline among hundreds of thousands of conscripted Russian troops have made it more difficult to communicate orders to the front lines.

The tally of Russian generals killed in the nearly monthlong conflict—most of them one- and two-star commanders, including at least one lieutenant general—is likely the highest death rate among general officers in the Russian military since World War II.

Read full story
Some content from this outlet may be limited or behind a paywall.
See full media bias rating for Foreign Policy
From the Left
314
World
Ukraine Confirms Fifth Russian General Has Been Killed
Daily Beast 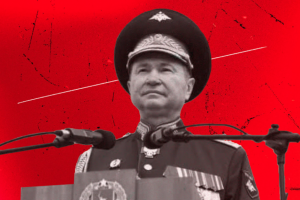 The Ukrainian military claimed to have killed yet another Russian general, this time Lieutenant-General Andrei Mordvichev, making him the fifth to die so far in the conflict.

Mordvichev, who led the 8th General Army of the Southern Military District, was killed as the result of “fire damage,” the Ukrainian armed forced announced on social media early Saturday.

Other high-ranking Russian officials, including at least one general, have been killed as the result of poor operational security after using unsecured phones and radios whose locations were traceable.

News of Mordvichev’s alleged death came as the Russian military...

Read full story
Some content from this outlet may be limited or behind a paywall.
See full media bias rating for Daily Beast
From the Right
314
World
Russian general killed after Ukrainian forces destroy command post in Kherson
New York Post (News) 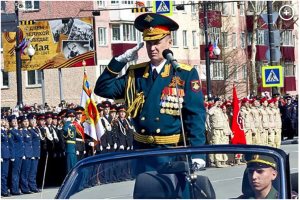 Another Russian general has been killed in Ukraine, the country’s military claimed Saturday, the fifth senior leader to fall since the invasion began 23 days ago.

Lieutenant-General Andrey Mordvichev, commander of the 8th army of the southern military district, was killed when armed forces destroyed a command post at an airfield in Kherson, a port city in southern Ukraine, officials said.

His death came as thousands of civilians attempted to flee another port city, Mariupol, which has been under bombardment for weeks, and as Ukraine’s president said Russia is trying to...