Meta threatened to pull news content from its Facebook platform if Congress passes a bill aimed at helping news outlets make more money off Facebook's use of their content.

For Context: The Journalism Competition and Preservation Act, introduced by Sen. Amy Klobuchar (D-Minn.), has a bipartisan group of 14 cosponsors. Lawmakers are reportedly trying to add it to an annual defense bill to help it pass. In 2021, Facebook and Australia's government sparred over a similar law. A key detail of the bill is a "link tax" that would compel Facebook to pay fees to news sources for linking to their content.

Key Quotes: The bill's text says it will help online publishers "collectively negotiate with dominant online platforms" regarding the terms of content distribution. A spokesman for Meta said that if the "ill-considered" bill passes, "we would be forced to consider removing news from our platform altogether." A group of 26 organizations, including the American Civil Liberties Union (Lean Left bias), urged Congress not to pass the bill, and raised concerns that it sets "a legal and political precedent that some uses of content that were once free of charge now require payment."

How the Media Covered It: Many sources focused on Meta's response and opposition to similar laws. Some right-rated voices framed the bill negatively. A writer for Reason (Lean Right bias) argued that the link tax is nonsensical and "poses a danger to fair use, to the open internet, and to the free press."

Media companies in favor of the law claim that Meta generates massive income from their news articles, while the social media platform pushed back by saying that Meta drives viewership to news sites.

BBC News reported on this brewing feud between the social media giant and news outlets, pending the passage of the Journalism... 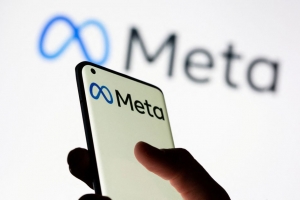 Facebook parent Meta Platforms Inc (META.O) on Monday threatened to remove news from its platform if the U.S. Congress passes a proposal aimed at making it easier for news organizations to negotiate collectively with companies like Alphabet Inc's (GOOGL.O) Google and Facebook.

Sources briefed on the matter said lawmakers are considering adding the Journalism Competition and Preservation Act to a must-pass annual defense bill as way to help the struggling local news industry.

Meta spokesperson Andy Stone in a tweet said the company would be forced to consider removing news if the law was... 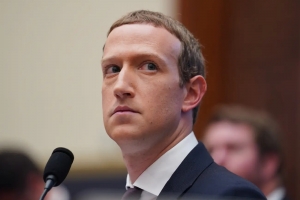 Meta, Facebook's parent company, issued a public warning Monday that it could remove all news from its US platform if Congress passed its media-competition bill, which would force Meta and other platforms to compensate publishers and broadcasters.

Andy Stone, Meta's policy-communications director, posted the company's statement on Twitter regarding its position on the Journalism Competition and Preservation Act. The statement said that if Congress passed the "ill-considered journalism bill," Meta "will be forced to consider removing news from our platform altogether."

The bill was introduced by Sen. Amy Klobuchar with bipartisan support and...