Prominent news network CNN (Left Bias) announced a round of layoffs this week as the media company seeks to cut costs.

For Context: CNN’s parent company, Warner Bros., merged with Discovery in May. Chris Licht was brought in as CEO of CNN around the same time. In October, Licht hinted that layouts were imminent, citing “concern over the global economic outlook.”

Key Quotes: Licht wrote in a memo that the layoffs would impact “a limited number of individuals, largely some of our paid contributors, as part of a recalibrated reporting strategy.” Chris Cillizza, a high-profile reporter that was laid off, tweeted that his “time at CNN was an absolute blast. I got to work with smart and dedicated journalists every day. I'm sad it's at an end but also excited about what the future holds for me.”

How the Media Covered It: Fox News described Cillizza as having “a knack for raising eyebrows with his political hot takes that often sparked visceral reactions.” An article in CNN Business (Lean Left Bias) connected the layoffs to a broader trend of downsizing in the media sector, citing recent layoff rounds at Disney, AMC, and Meta. The article attributed the layoffs to “brutal economic headwinds that have taken a bat to the advertising sector.” An article in Variety (Center Bias) blamed the layoffs on “a roiling economy that undermines the media sector’s efforts to invest in content.”

CNN is laying off hundreds of employees in a cost-cutting effort that illuminates the financial challenges facing a wide array of media companies as the economy teeters toward a possible recession.

The cuts began on Wednesday and finished on Thursday, with affected employees notified in person or via Zoom.

“It is incredibly hard to say goodbye to any one member of the CNN team,” CNN chief executive Chris Licht wrote in a Wednesday staff memo obtained by The Washington Post, describing the cuts as a “gut punch.” 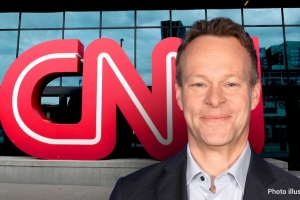 CNN’s on-going effort to cut costs resulted in widespread layoffs on Thursday with everyone from high-profile talent to rank-and-file staffers losing their jobs.

The often-viral Chris Cillizza is perhaps the most high-profile of the latest round of CNN staffers to be let go. Cillizza, a politics reporter and editor-at-large, had a knack for raising eyebrows with his political hot takes that often sparked visceral reactions from both the left and the right.

"My time at CNN was an absolute blast. I got to work with smart and dedicated journalists every... 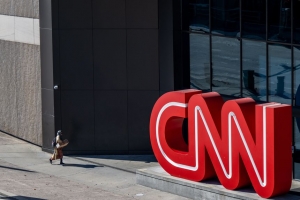 CNN said it is laying off employees and paid contributors, the latest shake-up for the cable network after Warner Bros. Discovery Inc. WBD -1.12%decrease; red down pointing triangle

took ownership of it from AT&T Inc. earlier this year.

“It is incredibly hard to say goodbye to any one member of the CNN team, much less many,” Chris Licht, chief executive at CNN, wrote in a memo to staff on Wednesday that was viewed by The Wall Street Journal. “I recently described this process as a gut punch, because I know...