Inflation slowed down in April but remained high, according to the Labor Department’s monthly CPI report.

Consumer prices rose 0.3% in April, a sharp deceleration from March’s 1.2% increase. Annual inflation also slowed to 8.3%, down from March's 8.5% but higher than analysts' expected 8.1%.

Coverage across the spectrum conveyed more nuance than in previous months, portraying inflation as high but slowing down. Headlines in major right-rated outlets — and some left and center-rated outlets — said inflation “soared,” “surged” and “barreled ahead.” Meanwhile, left-rated outlets were more likely to focus on areas where inflation slowed down. 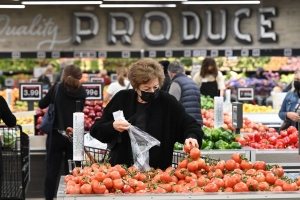 Inflation cooled on an annual basis for the first time in months in April, but rose more than expected as supply chain constraints, the Russian war in Ukraine and strong consumer demand continued to keep consumer prices running near a 40-year-high.

The Labor Department said Wednesday that the consumer price index, a broad measure of the price for everyday goods including gasoline, groceries and rents, rose 8.3% in April from a year ago, below the 8.5% year-over-year surge recorded in March. Prices jumped 0.3% in the one-month period from March. 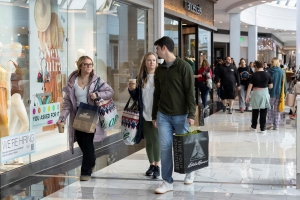 U.S. consumer price growth slowed sharply in April as gasoline eased off record highs, suggesting inflation has probably peaked, though it is likely to stay hot for a while and keep the Federal Reserve's foot on the brakes to cool demand.

That aspect was reinforced by the report from the Labor Department on Wednesday, which also showed underlying monthly inflation pressures building up again after a lull in March as airline ticket prices notched their biggest increase on record. Rents rose by the most since 2006, further squeezing consumers who... 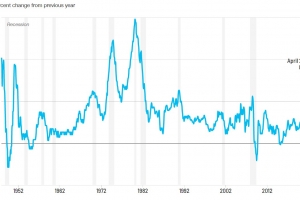 US inflation took a breather last month for the first time since August. Prices still increased, but at a slower pace than in previous months.

The Consumer Price Index was up 8.3% in the 12 months ended in April, the Bureau of Labor Statistics reported Wednesday, slightly higher than economists had predicted. It was a decrease from the 8.5% recorded in March, which had been the highest level in more than 40 years.