New reporting from The Intercept suggests that the Department of Homeland Security (DHS) is boosting its efforts to counter disinformation.

Key Quotes: According to a draft copy of DHS’s Quadrennial Homeland Security Review obtained by The Intercept, the department plans to target "inaccurate information" going forward on "the origins of the COVID-19 pandemic and the efficacy of COVID-19 vaccines, racial justice, U.S. withdrawal from Afghanistan, and the nature of U.S. support to Ukraine."

For Context: DHS launched and then scrapped a "Disinformation Governance Board" earlier this year, but the new reporting suggests that similar efforts continue. The board was met with harsh criticisms from voices who expressed concern about the government policing information. Facebook reportedly launched a special portal for DHS officials to flag purported disinformation directly.

How the Media Covered It: The Intercept's reporting on the government's continued counter-disinformation wasn't covered by any other left- and center-rated sources. However, right-rated sources focused on the news closely, with many framing it as evidence that the government is trying to moderate online speech. Lee Fang, a journalist at The Intercept who worked on the story, appeared on Tucker Carlson's Fox News show this week to discuss the reporting. 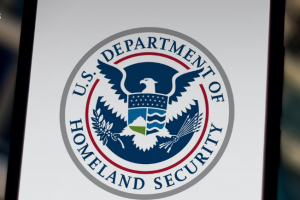 THE DEPARTMENT OF HOMELAND SECURITY is quietly broadening its efforts to curb speech it considers dangerous, an investigation by The Intercept has found. Years of internal DHS memos, emails, and documents — obtained via leaks and an ongoing lawsuit, as well as public documents — illustrate an expansive effort by the agency to influence tech platforms.

The work, much of which remains unknown to the American public, came into clearer view earlier this year when DHS announced a new “Disinformation Governance Board”: a panel designed to police misinformation (false information spread unintentionally),...

Open on The Intercept
Possible Paywall 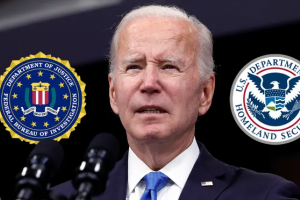 A handful of President Joe Biden's most important federal agencies are stepping up efforts to monitor and counteract "disinformation" on social media platforms, even in the face of criticism that the administration is attempting to silence conservative or opposing viewpoints.

The actions by the federal agencies come as Missouri and Louisiana are pursuing legal action against Biden, former White House press secretary Jen Psaki, Dr. Anthony Fauci and other top administration officials. The two states say these officials "pressured and colluded" with Big Tech social media companies to censor and... 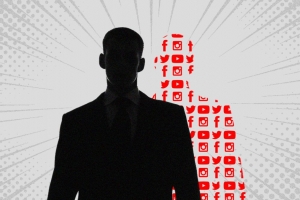 Earlier this year, the Department of Homeland Security (DHS) created an internal board dedicated to combating misinformation and disinformation. Despite scrapping it after facing criticism, new reporting indicates that the agency is still pursuing the constitutionally dubious project.

The DHS announced the Disinformation Governance Board in April specifically to address Russian disinformation and false information spread by border traffickers. Nina Jankowicz, a Wilson Center fellow and "disinformation expert," was put in charge.

The board immediately garnered controversy, both for its "Orwellian" overtones as well as Jankowicz's then-recent statements decrying "free speech absolutists" and advocating for more...

Did Joe Biden Award His Uncle a Purple Heart During Vice Presidency?
Snopes

US midterm elections: Does Finland have the answer to fake news?
BBC News

Background
Why Misinformation Is About Who You Trust, Not What You Think
Nautilus Quarterly